Young targets a KO against Couzens 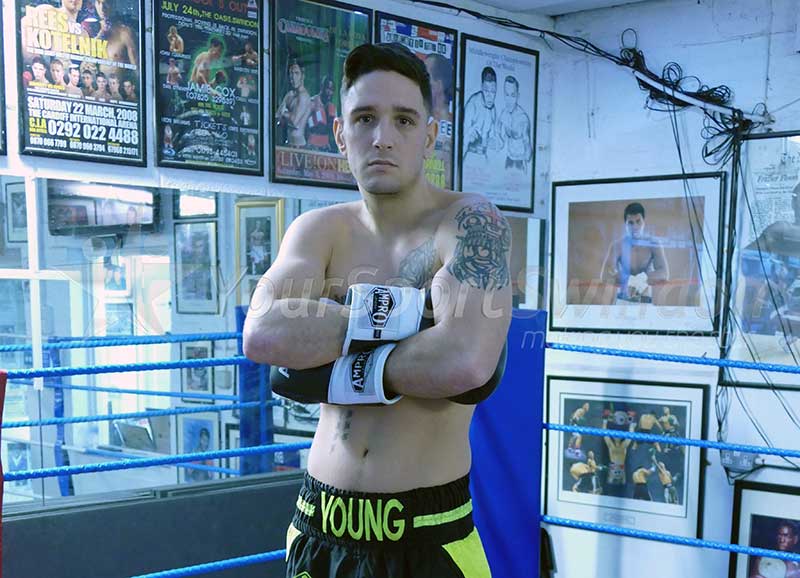 Kelvin Young will fight old rival Sam Couzens next month for a Challenge Title – a fight that the Swindon boxer described as a “career defining”.

The bout, which is expected to be made at light heavyweight, will take place at Swindon’s Oasis Leisure Centre on October 24th and will be the third time the pair have shared the ring.

Both have a victory against each other on their record with Couzens stopping Young back in May 2013 before the Swindon boxer avenged that defeat with a points win later that year.

Young is excited about renewing rivalries with Couzens and told Your Sport Swindon that he intends to make statement on fight night.

“It is a great fight for both of us because it is one (win) each,” said Young. “I want to make a big statement in this fight and I if I can beat him up and stop him then that will push me on for the bigger fights.

“I want to get back to the old Kelvin Young when I won the IBO Intercontinental title. I don’t think I have been the same since then, that fight took a lot out of me.

“I’ll find out on fight night but if I can get Sam out of there than that is when I know I have still got what it takes to fight in the big fights.

“Whatever happens I will still be boxing but the outcome of this fight could just determine whether I go for the bigger fights or just go on the road.”

Originally Young had pencilled in a November return to the ring having not fought since April when he beat Joe Walsh on points in Gloucester.

The clash against Couzens is potentially a risky fight for Young who is set to fight Andrew Buchanan in an English title eliminator before the end of January 2016.

But Young is confident about edging the trilogy against Couzens, although he has nothing but respect for his rival, adding: “Me and Sam know each other well. It will be an exciting fight for sure.

“I know that Sam will come to fight, he always likes to get in your face.

“I’m sure he will come into this fight in top shape and you have to respect him because he fought (Frank) Buglioni and took some big shots against him and also went the distance with Tariq (Quaddus) who hit him with some big shots too.

“It is a tough fight and it could be a career defining fight for me but if I want to be in the bigger fights then I need to be beating the likes of Sam Couzens.”