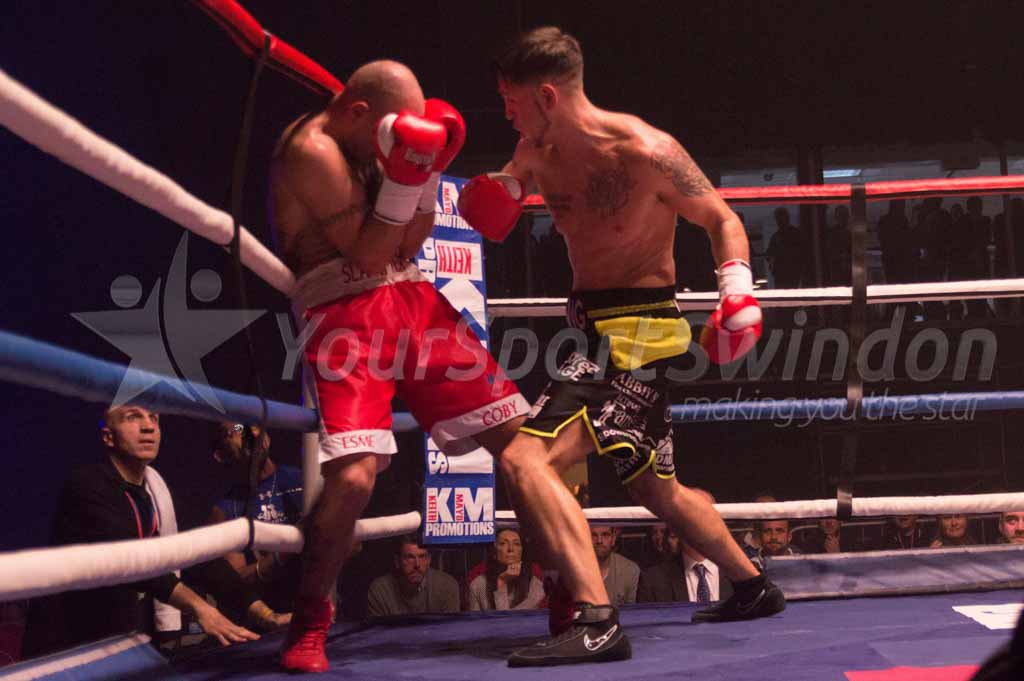 Swindon boxer Kelvin Young is back on the title trail after being handed a shot at the Southern Area super middleweight title against Darryll Williams.

The fight takes place on December 4th at the Camden Centre in London and Young, who laboured to a draw last month against journeyman Keiron Gray, admits he needs to produce a much improved performance to take Williams’ Southern Area title and his unbeaten record.

“It is an exciting fight for me,” Young told Your Sport Swindon. “I’ve been asking my manager Keith Mayo to get me some fights on the road now for a while and now we’ve got one and it’s a tough fight.

“He (Darryll Williams) has had 12 wins without a defeat and he has stopped his last three opponents.

“His record suggests he can punch and I think he will similar to Sam Couzens where he will bring the fight to me and want to get into a fight.

“For me it will be about boxing and moving and I think this fight will bring the best out of me.

“I know he is unbeaten but records are for DJ’s and I don’t think he has really fought anybody yet.

“It’s obviously going to be difficult going to his back yard but I’m confident I can do enough to win convincingly and bring that title home.”

Twenty-eight year-old Young admitted his last fight against Gray was a poor result but says he has taken the positives from that fight instead of mulling over the result.

“It wasn’t a disappointment as such because I was happy with my performance,” added Young. “Boxing wise it was a better performance than what I have been doing.

“I think if I had boxed and moved I would have won easily but I was enjoying what I was doing and I kind of got involved in his kind of a fight.

“But I felt I was in control of the fight and was doing the cleaner work although maybe I got caught with too many upper cuts than I should have.

“I thought I won the later rounds and that is a good sign that I can up the gears. I am a slow starter and I have to start earlier against Williams but at least I know I can find that second gear.”