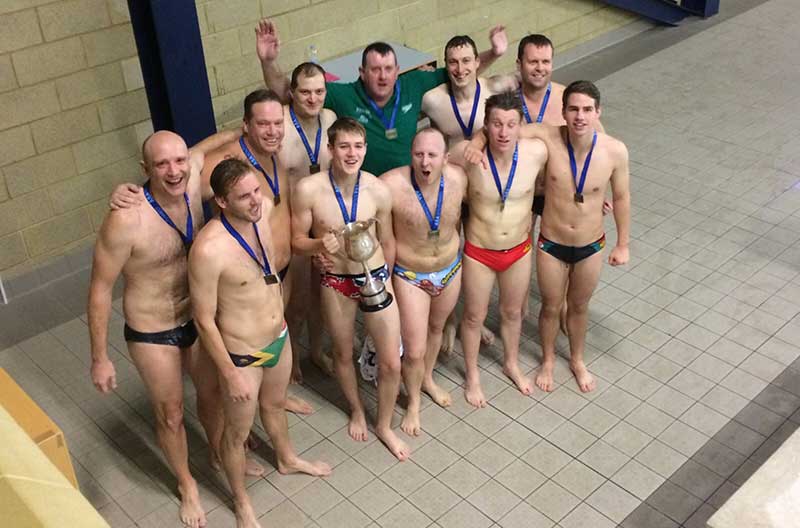 The team, which was made up primarily of Swindon Dolphin players, drew their first match 10-10 against Dorset.

Having trailed by four goals going into the final period against Dorset, Swindon rallied to level the game and would have won it but for an incredible save from the opposing keeper.

In their next match against Cornwall, Wiltshire controlled the match as they earned an 8-5 win.

Wiltshire’s final match was a nail-biting affair as they knew victory would see them lift the title.

After going two goals behind early on, Wiltshire bounced back and soon opened up a three-goal lead.

Somerset though rallied as they reduced the deficit to just one goal although Wiltshire held on to clinch an 11-10 victory and claim the title.

Wiltshire captain Andy Hicks said after the success: “It was a real team effort. Every player contributed at both ends of the field.

“Every game was close and even when up against it in our first game against Dorset we stuck together and our team spirit shone through in helping us overturn the four-goal deficit.”

With the Wiltshire side made up of mostly Swindon Dolphin stars it capped off a fantastic season for the town’s water polo squad.

This season Swindon Dolphin finished second in the Bristol & West League Division One.

It has also been a successful couple of years for Swindon Dolphin’s Water Polo side having won the Knockout Cup in 2013 and the Division One title in 2014.

Also at the South West Inter Counties tournament was Wiltshire’s under 14 mixed squad, who have been reformed this year following lots of hard work by Andy Hicks, Helen Martin-Hicks and Jim Robinson from Bradford on Avon.

The team have had a number of intense training sessions which benefitted them at the tournament.

Starting the day with two tough fixtures against Gloucester and Devon brought defeats before they bounced back with victory against Cornwall. Just missing out against Dorset saw them claim a respectable fourth placed finish.

Assistant coach Helen Martin-Hicks said: “There is lots of talent in this team.

“With only having a couple of sessions together this is an excellent achievement and we hope we can keep the team together and that they can move forwards and build for tournaments in future years.”