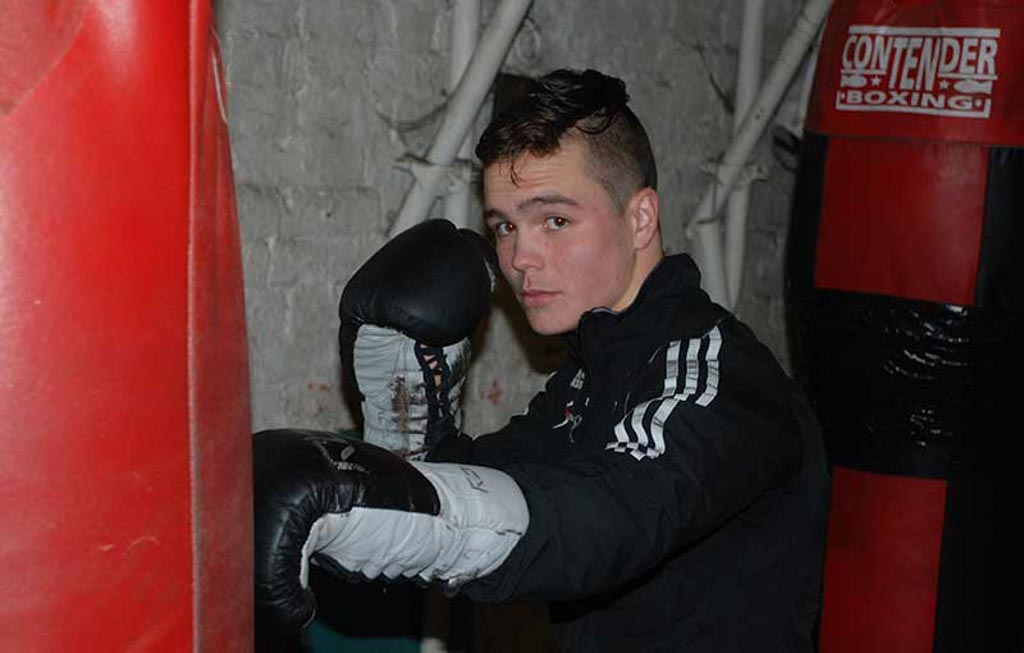 Walcot boxer Jimmy McDonagh bowed out at the quarter final stage of the England Boxing Youth Championships in Durham after a thriller with Manchester rival Zak Miller.

The 16-year old was giving away age, weight and experience to the Mancunian in this 60kgs encounter, but settled down well to box behind his fast jab in the opening exchanges.

Few scoring shots were landed by either boxer after a cagey initial three minutes, and the first round looked an even one.

Miller stepped up the work rate during the second session, scoring with a solid straight right on the counter after a thrust by the Walcot boxer.

McDonagh continued to enjoy some success, but Zak probably edged the round.

However, the final three minutes saw a one-sided cascade of punches from the fists of McDonagh, who enjoyed particular success with his heavy straight right.

Three times the referee stopped the contest to wipe away the blood which flowed from Miller’s nose, as McDonagh continued to totally dominate the final exchanges.

At the final bell both boxers received a great ovation from the crowd, but to the dismay of the Walcot camp it was Miller’s arm which was raised by the referee.

Walcot Coach Lionel McCrea said afterwards: “I am disappointed with the result but very pleased with Jimmy’s performance.

“After two fairly close rounds he was totally on top in the last and I really thought we had won the contest.

“Jimmy deserves a lot of credit for his discipline and fitness levels, and being in the younger age group he can come back again next year.”