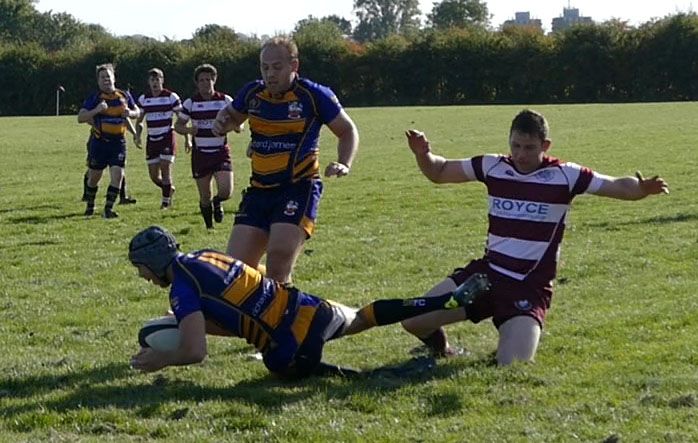 Swindon Rugby Club stormed to their fourth consecutive win of the season on Saturday, beating Swanage & Wareham 60-22 at Greenbridge Road

Your Sport Swindon were their to film the match and you can watch the best bits by clicking on the video above.

Hosts Swindon got off to the perfect start when Adam Dobie crossed the Swanage & Wareham try line on just three minutes.

But despite their flying start, Swindon seemed to take their foot of the gas soon after as Swanage put their first points on the board courtesy of a penalty.

Westall added a penalty just before the interval but still Swindon trailed 17-15 at half-time.

A rousing team talk at the break by head coach Sean Lynn and skipper Westall seemed to wake Swindon up as the Greenbridge Road side produced a commanding second half performance.

First, Jack Badminton crossed the whitewash early on with Westall converting. Then Alex Whittaker scored after a great interchange with Mike Thompson.

Dobie and Badminton then added their second tries of the game with Westall converting to leave Swindon firmly in control of the match, leading 41-17.

Jordan Sheppard was the next Swindon player to cross the Swanage line, with Westall again on target with the extra points.

David Cox then crossed the line on his return to first team duties before Swanage responded with a consolation try – their only score of the second half.

Sheppard then completed the Swindon scoring, touching down after some great support play by Joshua Haynes with Westall converting.

Swindon are next in action when they travel to Grove on October 10th.