Title shot was “no brainer” for Young 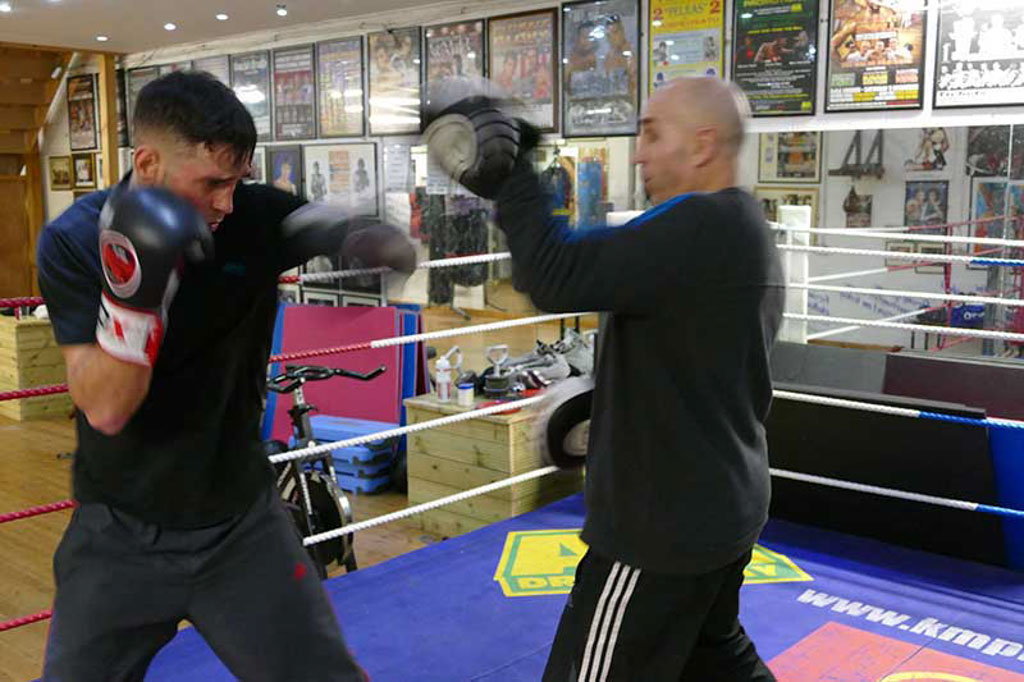 Kelvin Young says it was a “no brainer” to accept a shot at the British Masters Bronze light heavyweight title, especially bearing in mind he was considering becoming a journeyman.

The Swindon boxer now takes on Southampton’s Chris Hobbs for the Masters title on March 28th in Portsmouth, but following a devastating shock defeat against Kiril Psonko, which subsequently saw him stripped of his IBO Intercontinental title at the end of last year, Young has admitted he contemplated going on the road to continue his career.

However, Young has now banished thoughts of being a journeyman and believes victory against Hobbs will get him back on the title trail.

“It was a no brainer to take this shot at the title,” admitted Young. “After I got stripped of my title I just thought I needed to box more regularly rather than just two or three fights a year.

“Record are for DJ’s at the end of the day and this is my career, so I was considering getting on the road a bit more and becoming a journeyman to earn money.

“Then this fight came up. I messaged Chris Hobbs on Facebook because I saw he was fighting for the title and asked who he was fighting but he didn’t have an opponent. I told him I was there if he wanted to fight me and then his manager called mine and the fight was on.

“It has given me added motivation. I know it is not the best title in the world but it’s a chance to get me back on the title trail. Winning this title can propel me to other things in the future.”

Young will have to fight at light heavyweight for this title shot but he has no problem with that and believes his experience will give him the edge against Hobbs, who is undefeated but has only fought six times.

“Chris has never been past four rounds before so he is in unchartered territory whereas I have that experience, I’ve been there before.

“He is a good technical fighter and he may be a little stronger than me but he will have to come down to the weight where as I will be 2lb under that weight after my next fight, meaning I can up my portion sizes a bit.

“My plan is to just put it on him from the first bell.”

“Dean and Danny have got me back to boxing again and throwing punches in bunches,” said the 27-year-old. “Training has been going great. I’ve been training smarter and instead of throwing one or two-punch combinations I’m now throwing four, five and six punches at a time and then moving out.

“I’ve got back to my boxing and I’m feeling at my best again.”

Prior to Young’s Masters shot against Hobbs, he will still face Croydon’s Joe Walsh at Swindon’s Oasis Leisure Centre on February 13th at super middleweight.