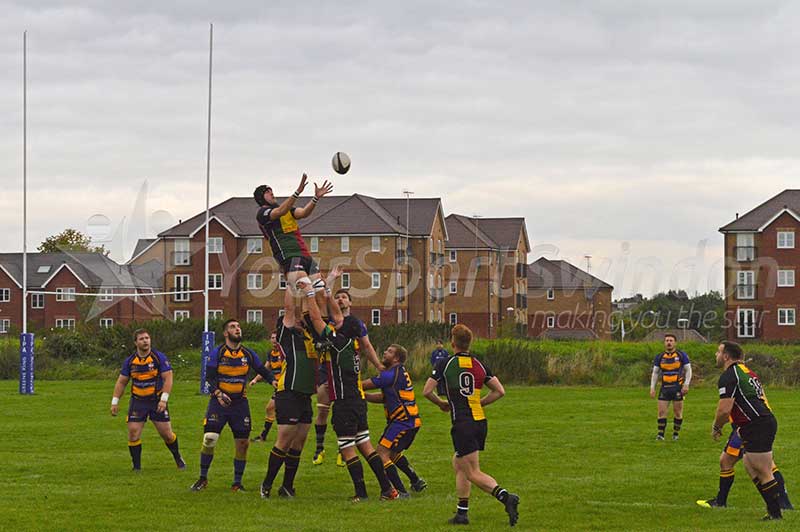 Paul Ferrier talks to us about Swindon Rugby Club’s fine start to the season after they beat Windsor 20-17 on Saturday.

Click on the video above to hear Ferrier’s interview with Your Sport Swindon.

An understrength Swindon side got their South West 1 East season off to a flying start by beating Windsor 20-17 at Greenbridge Road on Saturday.

Swindon fielded a vastly depleted side with many of the players including Adam Westall, Connal Knott, Tom Mannion and head coach Sean Lynn all attending Steven Tait’s wedding.

However, Swindon got off to the best possible start when they touched down on just four minutes.

Windsor claimed possession from a Swindon line-out only to fumble the ball over the try line which allowed Nick Warren to get the vital touch.

Tom Law, who replaced Westall at Number 10, kicked the conversion to send Swindon into an early 7-0 lead.

Continued pressure from Swindon then brought their second try as Mark Chatwin eventually sidestepped the defence to touch down in the corner.

Law missed the conversion but still Swindon had a dream start to the season against a Windsor side who they both won and lost against last term.

Windsor then had one of their props yellow carded on 15 minutes, but despite this they struck back with a converted try on 20 minutes.

Law then added a penalty on 31 minutes before Alex Whitaker squeezed over the Windsor line after further sustained pressure from the home side.

Despite Windsor’s comeback, Swindon held a 20-12 lead at the break.

The second half was a scrappy affair with Swindon suffering two yellow cards and playing with just 13 players for a while.

Windsor managed the only score of the second half, which went unconverted, but Swindon held on for a superb 20-17 success to get their season up and running.

Swindon are at home again next Saturday when they face Wiltshire rivals Trowbridge at Greenbridge Road (3pm kick-off).