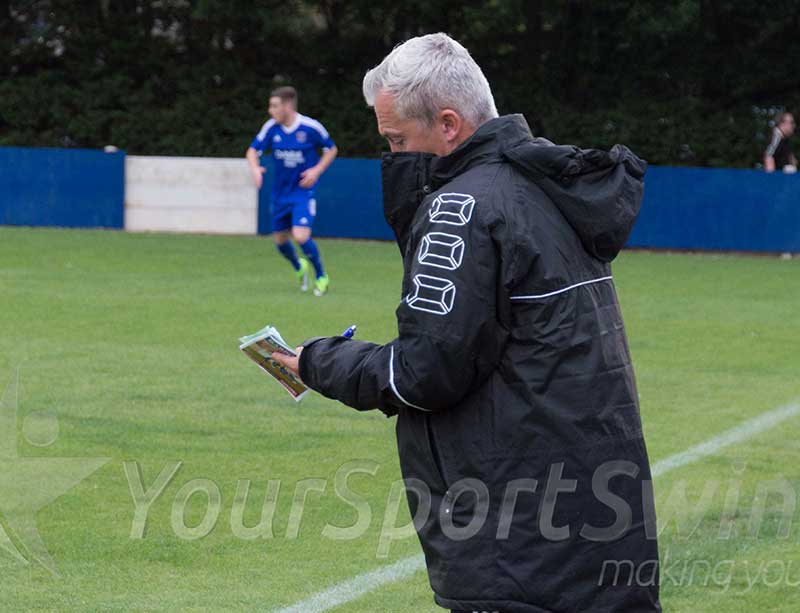 Swindon Supermarine boss Dave Webb has called on his side to produce another big performance at fellow promotion chasers Larkhall Athletic on Saturday.

Following the elation of Ollie Bailey’s last-minute winner against Evesham in midweek, Webb has warned his side they face one of their toughest tests of the season against Larkhall.

And the Supermarine boss has now challenged his side to go on an unbeaten run as they search for promotion out of Southern League Division One South & West.

Webb also hailed the impact of substitute Bailey against Evesham as the youngster ensured Supermarine bounced back from the weekend defeat at home to Bishops Cleeve.

“It was disappointing against Cleeve but I know this team is a young team who are evolving. It was unfortunate,” Webb told Your Sport Swindon.

“It was a massive game for us at Evesham, last season’s runners-up, and we knew how difficult it was going to be.

“We played exceptionally well, we were resolute at the back.

“It was a fairly even first half but in the second half we were the better side.

“I brought on Ollie Bailey for Connor Waldon and it tilted the game in our favour.

“Ollie was lively when he came on and that really changed the game.

“It is Ollie’s first taste of football at this level since he left Southampton and he has come on and had a massive impact on the game.

“He is really bright and enthusiastic and is just enjoying himself and is a favourite with the crowd and supporters.

“It is great to see a youngster doing so well.

“The next challenge for him will be when he gets the chance to start the game.

“It was a great result and nice to get another clean sheet.”

With games at Larkhall this weekend and Sholing in the FA Cup next Monday, Webb admits it is a tough run of fixtures for the club.

He added: “We have given ourselves a bit of momentum and now the aim is to stay unbeaten for our next two games.

“Larkhall is the next challenge and they are another team that I expect to be challenging for promotion.

“It has been a great start. When I looked at the fixtures in August I thought that was a difficult start to have.

“Three wins from four and three clean sheets, I don’t think I could have asked for much more.

“The next two games are key now. We must see if we can come out of them both unbeaten.

“We have to be confident but we have to respect Larkhall.

“I believe we can win every game but we cannot go there (to Larkhall) expecting to win otherwise we will get turned over.

“It is a difficult place to go and it is going to be a physical test for the team.”

Webb also backed striker Connor Waldon to rediscover his form in front of goal, adding: “Connor is another young lad who has come to us who has been a professional footballer and it is tough but he has all the attributes to play at this level and above.

“He wants to score goals and he will come good I am sure of it. He will get the goals I have no doubt about that.

“We are asking Connor to play in a new system from last season so it is difficult.

“But Connor will be fine. There is an expectation on him and he is expected to score goals and it is difficult for him but we must remember he is still a young player.

“He just needs to keep working hard. There is plenty of time for him.”