Swindon go top of the table 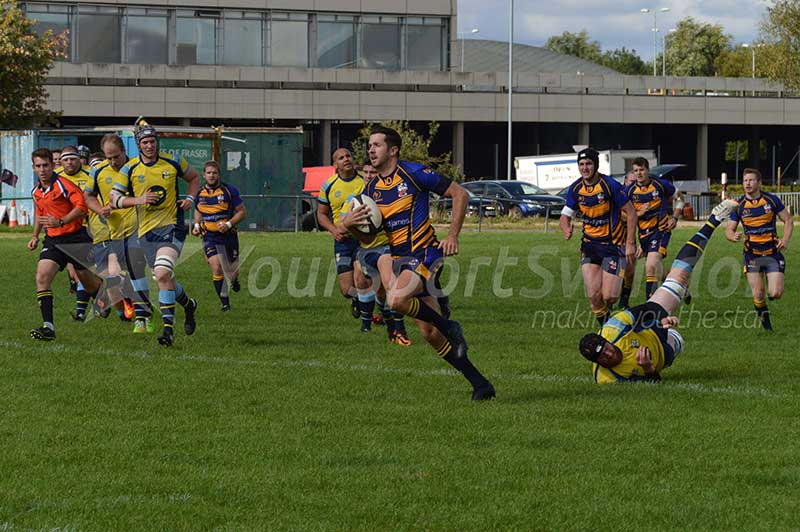 Swindon stormed to the top of South West 1 East on Saturday after a convincing 47-17 win at High Wycombe.

Boasting a 100 per cent record after home wins against Windsor and Trowbridge, Swindon carried their fine form onto the road for their first away trip of the season.

High Wycombe though struck first as they slotted home a penalty on just three minutes.

But it wasn’t long before Swindon found their stride and they hit back just four minutes later when Josh Jensen crossed the whitewash.

Five minutes later Swindon extended their lead when Nicholas Warren picked up possession from a line-out just five metres out.

A Matthew Broadbent dummy jump allowed Warren to pick up the ball and burst through space to score with Adam Westall converting.

The hosts replied on the half-hour mark with two converted tries in quick succession to bring them right back into the game.

Swindon though duly responded in added time when Richard White burst through from close range and Westall kicked the extra points.

Leading by just nine points going into the second half, the next score was always going to be crucial.

And 14 minutes after the break it was Swindon who extended their lead when Jensen added his second try of the match with Westall converting.

Westall then weaved his way through the High Wycombe defence, completing a fine 30-metre run to score unchallenged between the posts and then converted his on try.

Jensen completed his hat-trick with just minutes remaining when he crossed the line after continued Swindon pressure.

Westall added the extra points to complete another fantastic win for Swindon which leaves them sitting pretty at the top of the table on points difference from Leighton Buzzard.

Elsewhere, Swindon College Old Boys went down 48-43 at home against Bicester in Southern Counties North despite a spirited late fight back by the hosts.

Royal Wootton Bassett enjoyed a winning start to life at their new home, winning 37-14 against Walcot, their second victory of the season.

And Supermarine sit proudly at the top of Dorset & Wilts 1 North after their second win of the season, a 33-22 success at home to Chippenham II.