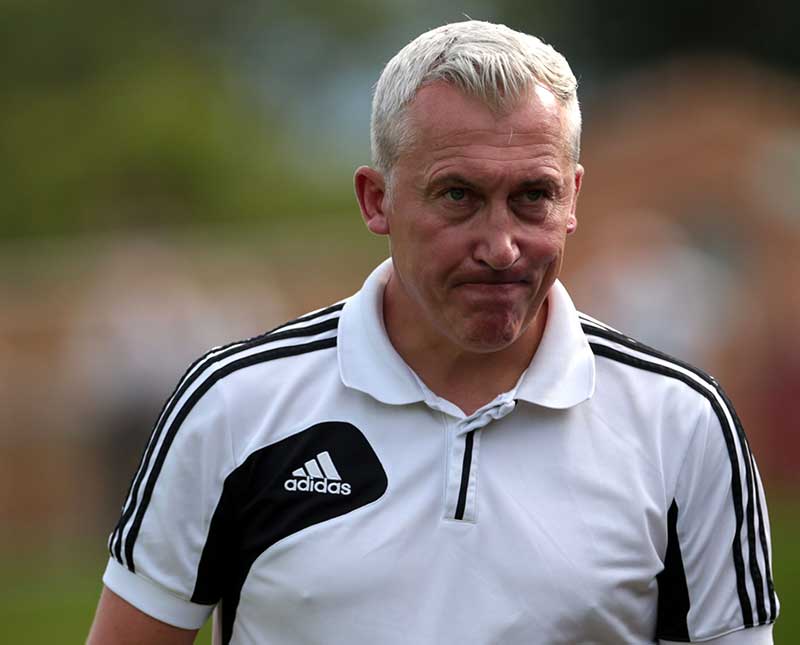 But despite the defeat, the Swindon Supermarine boss preferred to focus on the positives and a start to the season that still pleases him.

“It is only our second defeat of the season,” Webb told Your Sport Swindon.

“It is just one game and people need to look at that.

“We played a different shape today, we rotated a few players, brought a few different players in and whether that worked I don’t know.

“But if we had carried off in the second half how we played in the first then we would have won.

“I was over the moon with the first half performance.

“But we didn’t pass well in the second half and Tiverton always get stronger as the game goes on.

“I thought we deserved at least a point but these things happen in football and credit to them.”

Supermarine’s preparation for the match could not have been much worse with the team not arriving at the ground until 2.25pm because of traffic problems.

Despite that though, Supermarine produced a first-half performance to be proud of, something which pleased Webb.

“The preparation couldn’t have been much worse,” added Webb. “We didn’t have the best of journeys again and didn’t arrive until 2.25pm.

“That’s not the perfect preparation. But in the circumstances I was quite happy with the first half.

“Having had a poor journey you are always going to be susceptible to them but we started okay and scored a good goal.

“The second half though they (Tiverton) started brightly.

“The two goals we have conceded are disappointing because they were poor goals and things that we were working on in training in the week.

“It’s disappointing when you work on something and it doesn’t pay off.

“We still had opportunities in the second half so we have to be positive.

“It is not the way we wanted to start the month but we have still had a good start to the season.

“We are still in fifth place and we have to be happy with the start.”

Swindon Supermarine will now turn their attentions to an FA Cup first qualifying round clash against Winchester at the Webbswood next Saturday.

And Webb is confident his troops will bounce back from the Tiverton loss.

“Nobody is working harder than the players,” added Webb.

“We have two more hard games with the FA Cup clash against Winchester and then North Leigh.

“If we needed anything (to motivate us) we have got two great game to focus on.

“This is a good squad of players who are evolving, we are okay.

“It is down to the players now. We have a squad of 18 good players so if someone doesn’t play well then there is always someone who can come into replace them.”