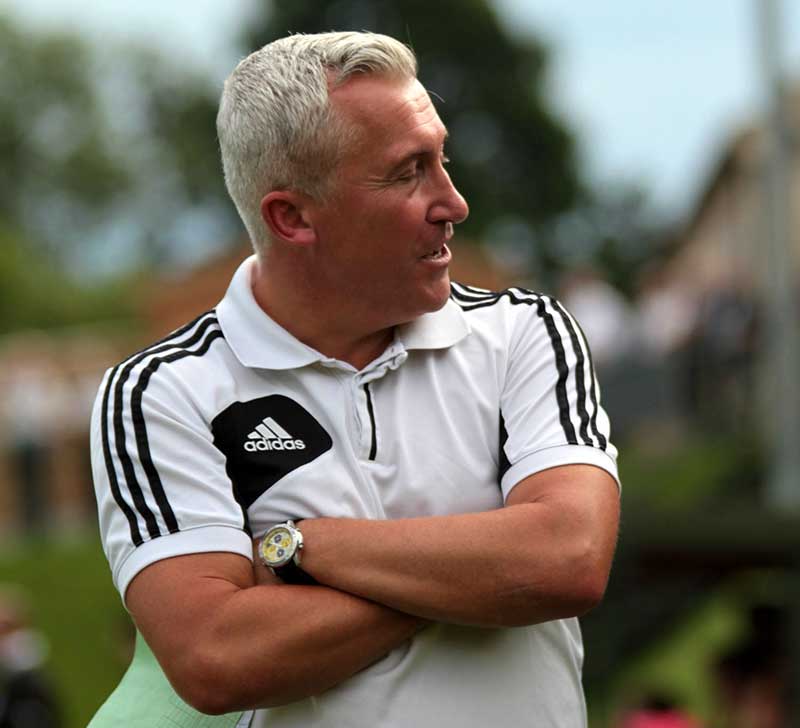 Swindon Supermarine boss Dave Webb has hailed his players for successfully negotiating a difficult opening month of the season.

Webb’s troops are sitting nicely in fourth spot in the Southern League Division One South & West Division after sealing four wins and a draw from their opening six games.

Progression to the next round of the FA Cup, courtesy of a 4-2 win at Sholing, gave the Swindon Supermarine boss yet another reason to smile.

Supermarine travel to Tiverton on Saturday and their manager Webb says they are going there in confident mood.

“We have had an August which I could not have asked for any more from the players,” Webb told Your Sport Swindon.

“It has been a great month. We have had one bad day at the office against Bishops Cleeve and credit to them for that.

“It (Tiverton) is a difficult place to go to, it is a big football club.”

Webb looks set to welcome defender Ash Taylor and Ryan Morgan back into the squad for the trip to Tiverton.

Forward Josh Morse is also in contention although Sam Morris looks set to miss out after picking up a hamstring injury during the win against Wantage on Monday.

“Sam Morris will be assessed but I think he will go out (of the squad) but we should have Ash Taylor, possibly Ryan Morgan and Josh Morse available,” added Webb.

“It is good (the players returning to fitness), the most pleasing thing is having a couple of defenders available again, I think there has been a lot of pressure on the lads at the back who have been fit.

“We have played a lot of football and that can take it’s toll.

“In the last two games we have conceded early goals and that is maybe down to a bit of fatigue because of the injuries in defence to Ash Taylor and Ryan Morgan.

“It has been tough at the back for the lads and it was disappointing with the two goals we conceded early against Sholing and Wantage but what is pleasing is the character and resolve the lads have shown to respond in the right way.

“We are scoring lots of goals and they are coming from all players.”

The Supermarine boss expects a tough match against Tiverton – a side who believes will be in the play-off mix come the end of the season.

“They are always well supported, always competitive and have added some real quality to their squad,” said Webb. ” I think they are another team who will be pushing for the play-offs.

“It is a very, very tough game, it always is. We were 2-0 up there last year and they equalised in injury time.

“It should be a good game.

“It will have have been a disappointment for them to go out of the FA Cup last week so we expect them to produce a response to that performance.”