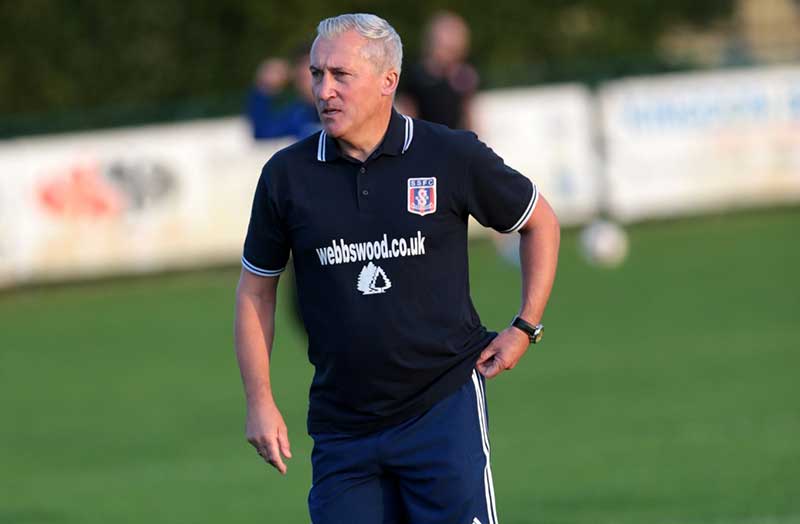 Swindon Supermarine boss Dave Webb is hoping the romance of the FA Cup can get his side back to winning ways on Saturday.

Webb’s side entertain Winchester City in the first qualifying round of the competition on the back of last weekend’s league defeat at Tiverton.

A goal in the dying stages cost them dear at Tiverton but Webb expects to see a positive reaction from that loss at The Webbswood Stadium on Saturday.

“It is very important (the FA Cup) and it is a welcome distraction from the league,” Webb told Your Sport Swindon.

“We want to do well in the competition and get through as many rounds as we can.

“It is a chance to get some much needed revenue into the club and to progress and maybe get a big club in the next round.

“Last weekend was disappointing but we weren’t that bad and it is important everyone puts it all into perspective.

“The next two games are crucial but I have confidence in the players.

“We have been in twice this week and we know what is expected.”

Winchester come into the clash full of goals and boasting the Southern League Division One South & West’s top goalscorer in Warren Bentley, a player Webb was quick to highlight as the main threat in Saturday’s tie.

“Saturday is another very difficult match,” added Webb. “They are scoring a lot of goals and they have the top goalscorer in Warren Bentley.

“He has scored nine goals so he is free scoring and they have scored 24 goals so we are going to have to be ready for that.

“We obviously need to nullify their attacking threat and concentrate on ours.

“They are scoring lots of goals but they are letting in a few too.

“But we are at home and hopefully we will put on a good show.

“It is all set up to be an entertaining game.”

Kyle Lapham (unavailable) and Joe Shepherd are definitely out of the FA Cup clash while Sam Morris (hamstring) has a 50-50 chance of making the tie.

Josh Morse meanwhile, who is still suffering from a rib injury, is doubtful.

Kick-off for Swindon Supermarine v Winchester City is at 3pm and tickets cost just £5 (£3 concessions) while under 11’s go free.