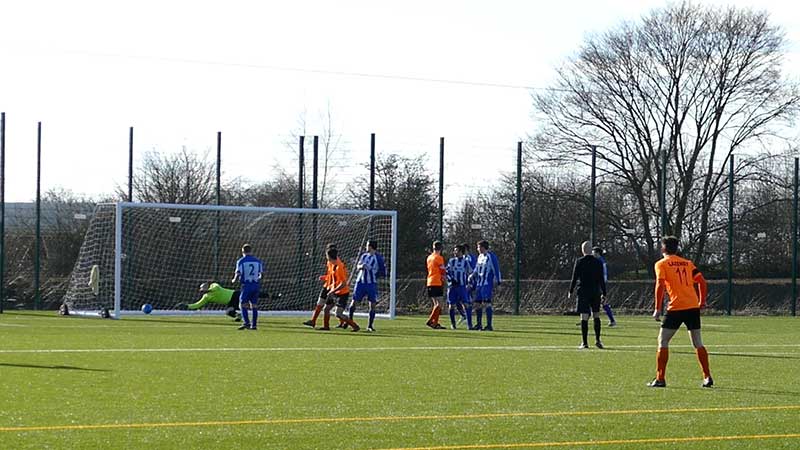 Results and match reports from the latest installment of the Swindon & District League.

KS Miltax’s first game since January came against DJC Marlborough. Their first outing in months ended in disappointment with a 3-2 defeat. The victory for DJC makes it two wins on the bounce and leaves them in eighth, KS stay seventh.

Shield & Dagger’s Jake Johnson got the first goal of the game before Old Town equalised. Tom Elliott scored a late winner for Shield who remain third in the table, Old Town fifth.

It took Chiseldon 12 minutes to get the first goal of the game with a finish from Nick Salter. In an end-to-end match, Moredon replied six minutes later through Steve Nicholls.

Moredon continued to apply pressure but couldn’t find a way past the Chiseldon goalkeeper who pulled off a string of impressive saves to keep the score level at half-time. Moredon continued to have the better of the game with Chiseldon’s winner coming against the run of play.

Nick Slater got his second of the game, slotting past the keeper in the 56th minute.

Colin Cochrane put Bassett 1-0 up from the penalty spot after Riccardo Serratore was deemed to be fouled in the box.

Serratore made it 2-0 for the Bulldogs with a clever lofted effort over the Core goalkeeper.

Anthony Jones pulled one back for Core just before half-time.

Cochrane sealed a comfortable win for the Bassett side with a long-range strike from 25 yards.

To watch the goals from the match, follow the link below.

A close match for these free-scoring sides.

Morris Street’s goals came through a brace from Robert Walker and a goal from Lee Hollamby.

Two goals from Gareth Walton and a goal each for Paul Aust and Seth Palmer ensured victory for the Centurians.

The loss for Morris Street leaves them seventh and the Centurians in second, five points adrift of leaders Swindon Spitfires.

Title-chasing Swindon Spitfires thrashed struggling R&D United with nine different players getting on the scoresheet for the table-toppers.

Michael Cox and Phil Legace got themselves hat-tricks during the demolition of bottom side R&D who are still looking for their first point of the season.

Ramsbury’s three match winning streak came to an end with a draw against Sport 4 Pinehurst.

Geogian Radulescu scored both of the goals for Ramsbury in well contested match.

The draw results in Ramsbury dropping to fourth and Sport moving to fifth. 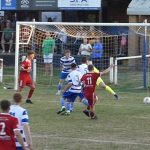 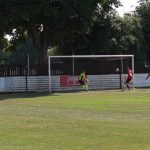 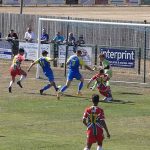