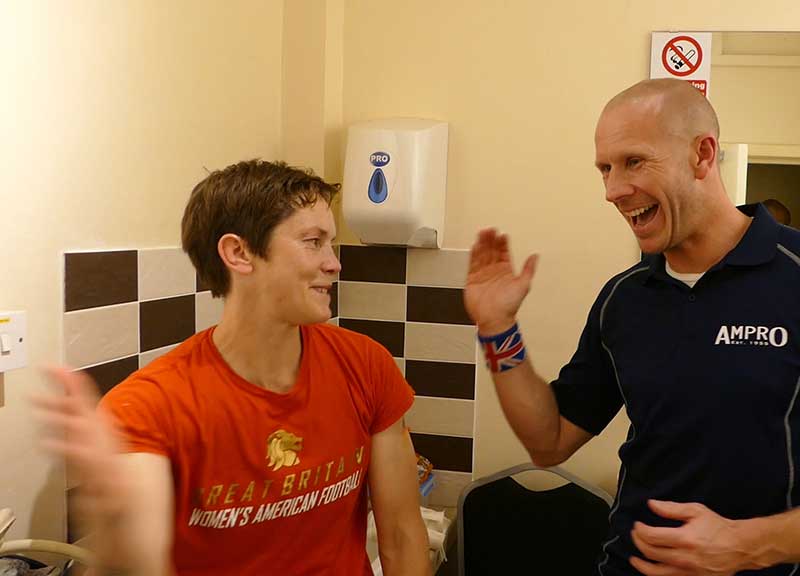 It was a dream debut for Morgan as the 35-year-old stopped Hungarian rival Klaudia Vigh inside the first round at Bath Pavilion.

Vigh, who had the experience of 11 previous professional fights under her belt, came out quickly, putting Morgan under immediate pressure.

But while the vastly shorter Vigh continued to come forward looking to attack Morgan on the inside, she did little to trouble the Swindon boxer.

Morgan tucked up and evaded Vigh’s rushing attacks superbly and when she caught the Hungarian with a straight left her rival started to back off.

The Swindon boxer was then able to create the space she needed to get her combinations off.

And it wasn’t long before Morgan sent Vigh crashing to the canvas for the first time in the fight.

With little more than a minute gone, good work from Morgan on the jab created the opening for her to land a vicious left hook.

The shot proved too much for the Hungarian as she sunk to the canvas immediately, only just surviving the count as she struggled to her feet on eight seconds.

Seconds later it was lights out for Vigh as Morgan, knowing the chance to stop her dazed rival was there, jumped on her opponent unleashing one final attack.

Three right hooks later and Vigh was down again, holding her head in agony as she failed to survive the eight count leaving the referee with no option but to stop the contest.

The stoppage was timed at 94 seconds and crowned a perfect start to the Swindon boxer’s professional career.

Morgan will now set her sights on another Hungarian Szilvia Szabados, who lost on points against super middleweight world champion Nikki Adler on Friday night.

Szabados was due to be Morgan’s original opponent before her debut in Swindon was postponed. That fight though could now be made for September or October time.