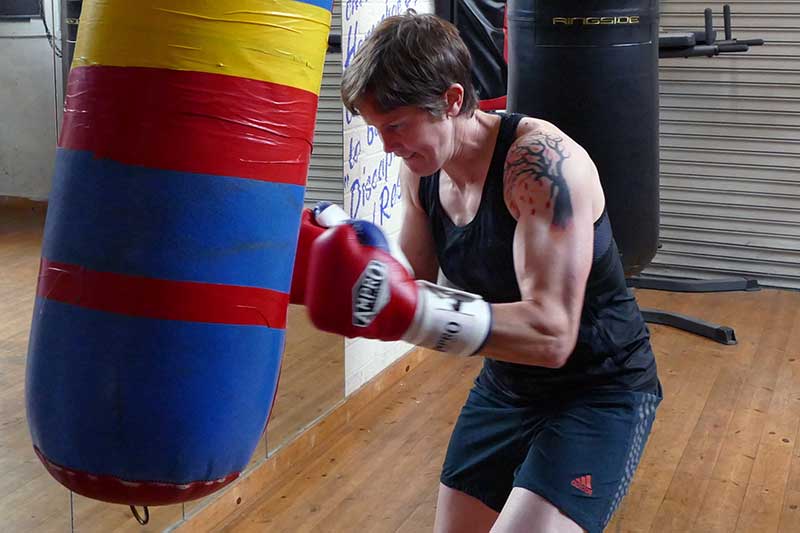 Swindon boxer Kelly Morgan admits she will unleash a lot of pent-up frustration on Saturday night when she finally makes her professional debut.

Click on the video above to hear Morgan’s full interview with Your Sport Swindon.

After her June debut fell through, the 35-year-old cannot wait to be let loose on her Hungarian opponent Klaudia Vigh at Bath Pavilion.

Morgan told Your Sport Swindon she was “devastated” after her first scheduled fight against Szilvia Szabados in Swindon was postponed due to an administration error with her boxing licence.

But the former Commonwealth Games javelin bronze medalist is now eager to hear that first bell and is predicting a knockout against Vigh.

“I cannot wait to finally get going, it’s been on-off, on-off, for so many different reasons,” Morgan told Your Sport Swindon.

“We are just relieved to have a fight and can’t wait to get up and running before the season ends.

“I was literally devastated. I took the week off after it was postponed but emotionally during that week after I was so up and down.

“As with any opponent you cannot take anything for granted but we are planning on going into this fight all guns blazing.

“I am definitely looking for the stoppage as early as possible. I think I will be the more physical boxer than her so yes I intend to stop it quick.”

Morgan also has the tough task of selling 70 tickets for the fight and is appealing to everyone in Swindon to get behind her.

“It’s been tough because it is so last minute and a lot of people already have plans,” added Morgan. “We obviously have to pay for an Hungarian opponent to come over and that’s before I can even think about getting paid myself.

“There’s a real likelihood that I won’t get any money for this fight if I don’t sell the tickets but the main thing is that I’m not out of pocket. I’ve been overwhelmed by the support that I have received and I am definitely going to put on a show on Saturday night, so whether you like boxing, mixed martial arts or are just a sports fan, please, please come and support me.”

Morgan is fighting on the same bill as Malmesbury light welterweight Joe Hughes, who takes on Anthony Hardy for the English light-welterweight title.