Meg Vella on her ’emotional’ time with Swindon Town Ladies 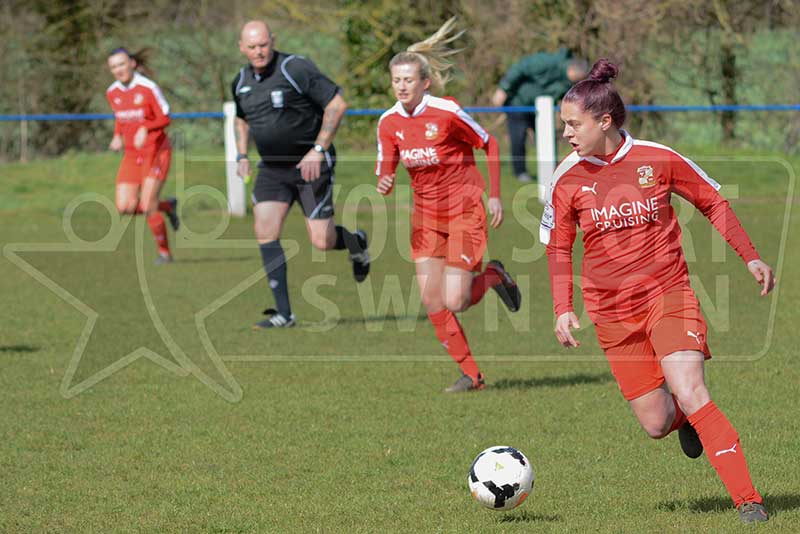 Swindon Town Ladies’ star Meg Vella talks to Your Sport Swindon about her departure from the club and her plans for the future.

Why are you leaving Swindon Town Ladies?

I am leaving Swindon Town Ladies as I have a military course I am about to attend which will last until the end of the season. I will then be posted away from this area.

How are you feeling about your departure?

I am feeling a little sad as I would have liked to finish the rest of the season and try to gain promotion with the team.

Its been emotional, last season was disappointing as we should have gained promotion but a bad run of games made us not achieve this.

I feel very settled in the team and would like to thank all the girls and coaches for making me feel welcome.

I would also like to mention David Mantle for believing in me and sponsoring me this season.

What are your fondest memories of your time at the club?

I’ve got a few. Beating Forest Green last season on their turf was great.

Playing in The FA Cup for was also an achievement as I hadn’t participated in that tournament before.

Beating Swindon Spitfires in the County Cup because it’s always an amazing feeling to overcome a rival team.

What will you miss most?

I’ll miss the game, although I will be playing for my Corps, Army and Combined Services.

I will miss the Sunday rush and the excitement this league has brought.

I will miss Chenise (Austin) filling her bag full of food after the game for the week and thinking this is okay.

What will you miss the least?

I won’t miss Kim Reeves rubbish banter! (Jokes) and the two hour round trip to training.

Is there a chance of you returning to the club?

Maybe, if I am posted around this area again. You never know.

If you could sum up Swindon Town Ladies in three words, what would they be?

What did you expect when you joined Swindon?

I expected what I got, a tight family that supports one and other. They’re good group of girls that want to work for each other on and off the pitch and a good level of football.

What do you have to say to the fans?

Thank you for supporting us through all weathers and being behind the girls when we have needed that boost.

Keep supporting the club and hopefully it will pay off and we will see them promoted this season.

I would also like to thank my biggest fans, my family and especially my wife, who when I met her didn’t even know which end the team was meant to be going!

Vella leaves after two years with Steve Robertson’s side.

This season the striker has played nine times in the league, scoring five goals.