Max Cook-ing on gas as he wins Superteen title 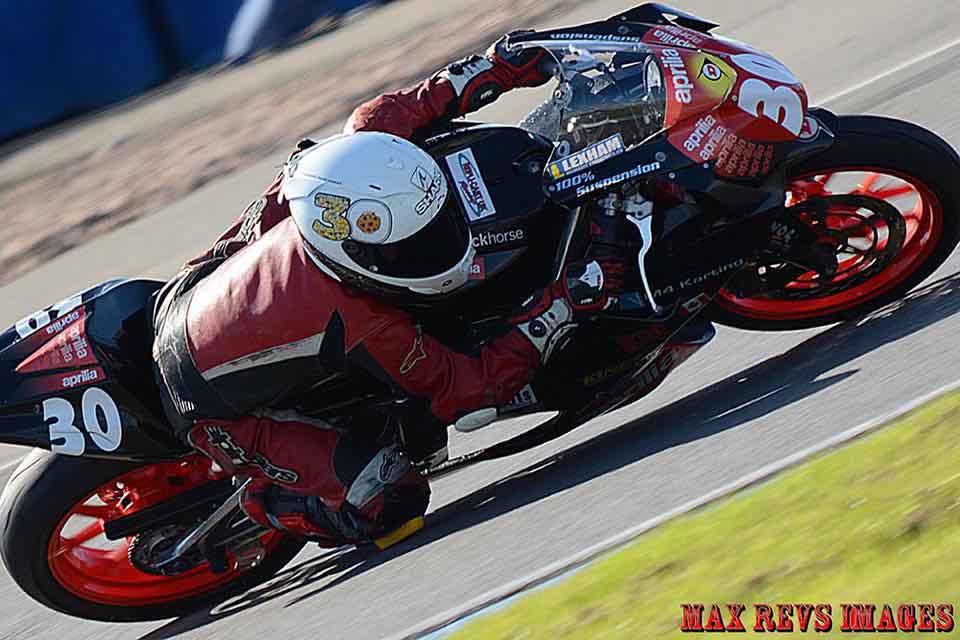 Swindon’s Max Cook has become one of the youngest riders to win the Aprillia Superteen Challenge title.

The 12-year-old clinched the prestigious title at the final round of the season at Donnington Park where he also smashed the Donnington Park track record in the series by 2.5 seconds.

His success makes him the second youngest rider to win the Superteen title, just 10 days shy of becoming the youngest ever winner of the series.

Cook follows in the footsteps of former MotoGP world champion Casey Stoner who is a previous winner of the championship which is for riders aged between 12-19.

As well as clinching the Superteen crown, Cook has also been invited to compete in Red Bull’s MotoGP Rookies Cup selection event in Spain later this month.

Cook will now try out against around 100 riders from across Europe before the field is whittled down to just 10 lucky youngsters who will then ride in the Rookies Cup in 2016.

The Swindon youngster has been riding since he was just six years old, starting on mini-motos and winning the British Novice Championship aged just seven years old.

A delighted Cook said after winning the Superteen title: “I went into the weekend feeling a little anxious, but excited at the same time.

“I really wanted this Championship and to do it on the first race.

“Once I got the first race won which got me the Championship I was so happy, but relieved at the same time.

“This meant I could relax a little and really enjoy riding my bike at my favourite circuit.

“When I found out I got the lap record after every race I was also really happy as this shows I’m riding fast but they also stay around in the magazines.

“I was also really pleased my friends and family were there to support me too and gave me a bit of a boost too.

“Finally to then get an invitation to Spain to try out for the Red Bull Rookies was amazing, I am really looking forward to it and I’ll do my best but soak up the experience.

“I would like to say a massive thank you to KJD Racing for having me in the team and helping me so much, also my Mum and Dad and all my sponosors but I would also like to say a special thank you to all the marshals and medics who looked after us and In-Competition and Thundersport for putting on great weekend.” 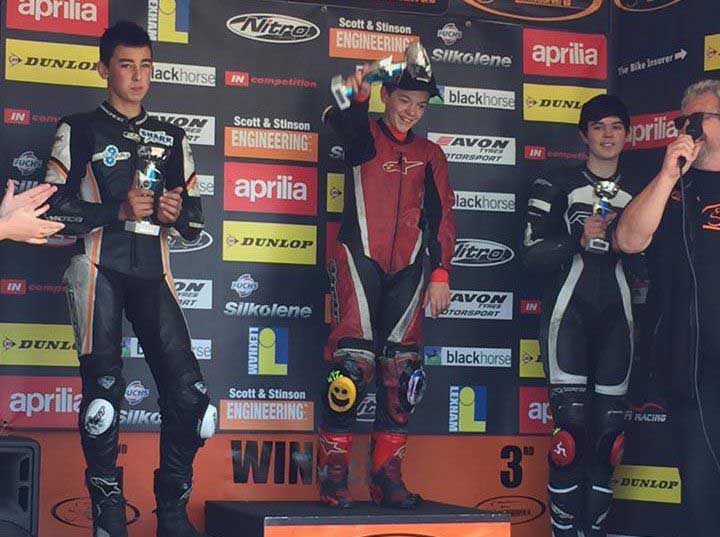