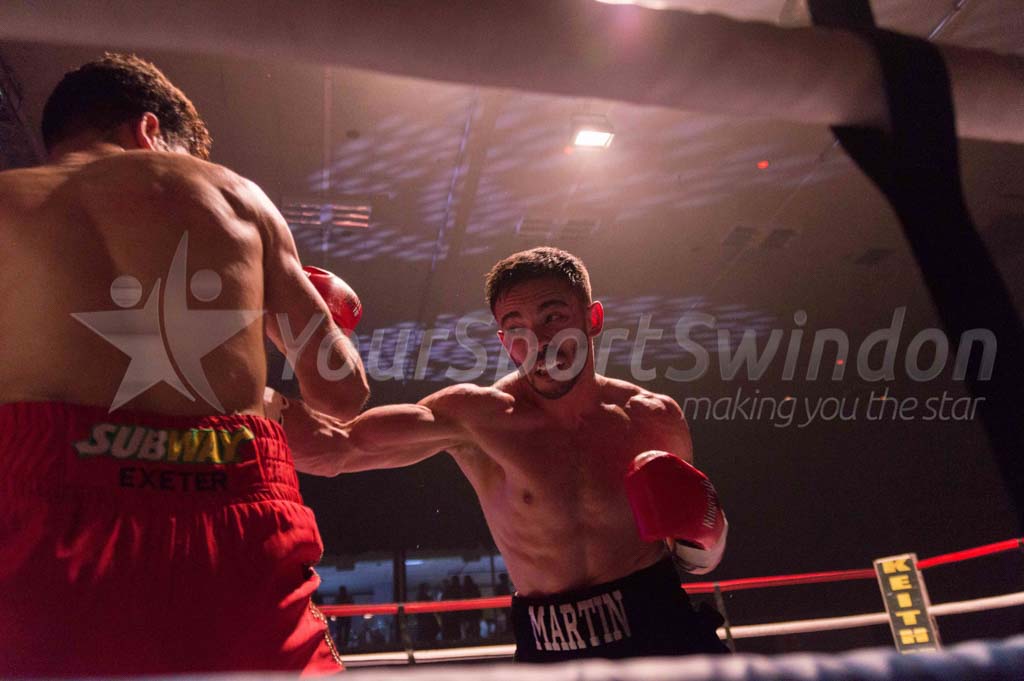 Ryan Martin could fight for a Southern Area title early next year according to his manager Keith Mayo.

The Swindon welterweight has a perfect six-win record and if he comes through unscathed in his next fight later this month then a Southern Area shot could beckon for the youngster.

Current champion Tamuka Mucha defends the title against Tommy Tear on Saturday night but assuming he is successful, is expected to soon vacate the title as he focuses on bigger things.

That could pave the way for Martin to have his crack at the Southern Area strap and it could happen as early as March according to his manager.

Mayo, who has already contacted the British Boxing Board of Control to put Martin’s name forward to fight for the Southern Area title, said: “I am extremely pleased with Ryan Martin’s progress this year and I am looking at getting him a Southern Area title shot as soon as possible.

“Obviously he fights on December 20th first and he must come through that fight with another win but then we are looking at the Southern Area title.

“I have already put his name forward to the board to fight for the title and I don’t see any reason why they would oppose it especially with Tamuka Mucha expected to vacate it in the near future.

“I have big plans for Ryan in 2016 and if the opportunities present themselves then I am confident he will be ready to take them in his stride.

“I have at least eight shows booked for 2016 so far and if everything goes according to plan he could fight for the Southern Area in March or at the very latest in May.”

Mayo has also been impressed with what he has seen of the former Walcot amateur star in training and believes he is one of the best welterweights in this country right now.

“It’s obviously very early days in Ryan’s career but I genuinely believe he is as good as any other welterweight out there in Britain right now.

“I’m so impressed with what I’ve seen of him in the gym and in his last fight he showed how much he has matured as a boxer in such a short space of time.

“In that last fight against Faheem Khan the temptation was there for him to try and knock him out but Ryan didn’t do that. Instead, he comprehensively outboxed Faheem for eight rounds and that is very impressive from someone as young as he is.

“His potential is huge but we must take it one step at a time with him and the next step is on December 20th at Grange Leisure Centre.”

Martin returns to action on Sunday, December 20th in Swindon at A Christmas Cracker which will take place at Grange Leisure Centre.

Visit www.kmpromotions.co.uk for ticket details or contact any of the boxers.