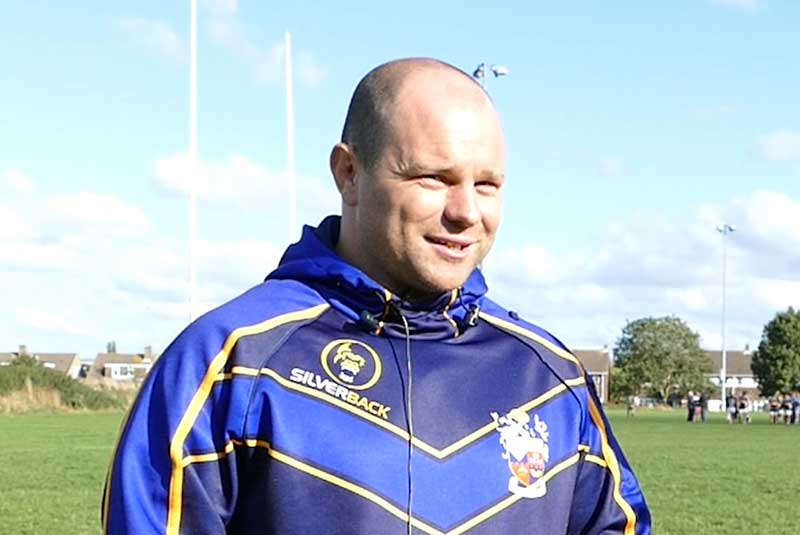 Watch our interview with Swindon Rugby Club head coach Sean Lynn after his side’s 65-15 win over Trowbridge at the weekend.

Click on the video above to hear Lynn’s thoughts on that result and this weekend’s trip to High Wycombe.

Swindon clinched their second win of the season in South West 1 East as they twice bounced back from behind to thrash local rivals Trowbridge 65-15.

But it was a slow start for Swindon as they twice fell behind to two early tries from the visitors.

Westall himself played a huge role in the success as he slotted home six conversions, one penalty and also weighed in with a try of his own.

Adam Dobie though top scored for Swindon as he crossed the whitewash four times.

Oli Wilson was another player to shine as he scored three tries with Josh Jensen and Jordan Sheppard also touching down.

It was a fantastic win for Swindon which sees them sit nicely in second place in the South West 1 East table.

On Saturday Swindon face their first away trip of the season when they travel to a High Wycombe side who have lost their opening two matches.

College however failed to get off to a winning start as they went down 14-5 and will look to bounce back to winning ways this weekend at home when they face Bicester.

Royal Wootton Bassett got their Southern Counties South season off to a flyer, winning 17-10 away at local rivals Marlborough.

Meanwhile Supermarine romped to victory in their first match of the season in Dorset & Wilts 1 North, as they thrashed Trowbridge II 79-0.