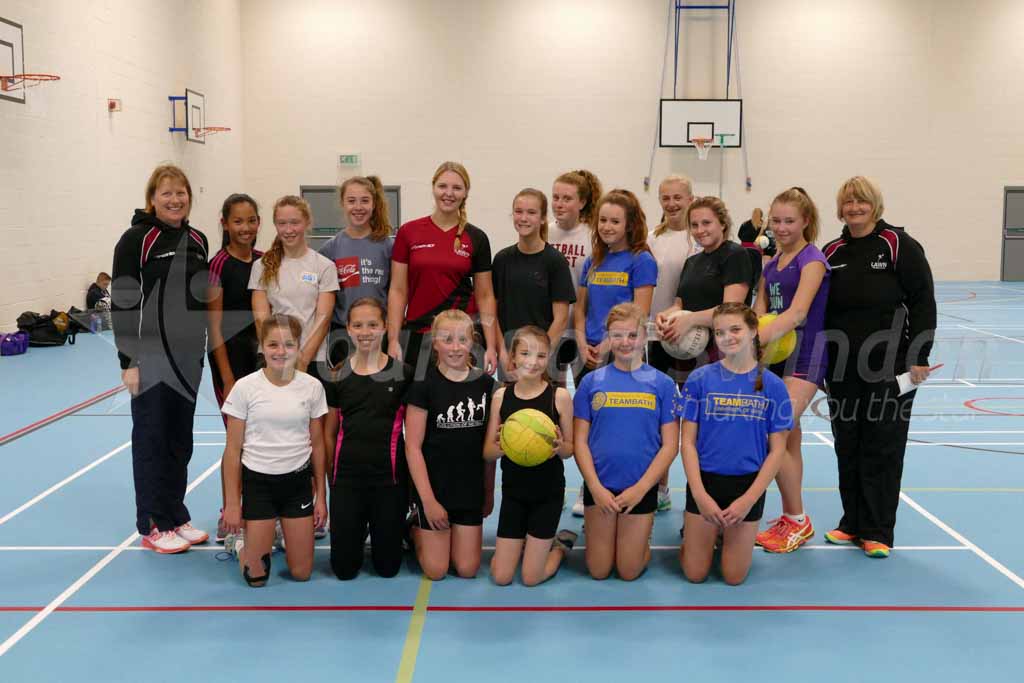 Lawn Netball Club’s under 16 regional squad are a step closer to a place at the National Club Finals after topping their group at the South West Regional seeding tournament.

The under 16’s will now compete in the Regional First Division where they will play teams from around the South West of England.

In their opening match against Jersey Jets, Lawn bounced back from a shaky start where they trailed 6-3 after the first quarter to win 21-12.

Lawn then stormed to victory against Carn Brae Storm, 29-10, and Bridgewater, 24-6, before carrying that form into their final match as they beat Old Chelts 24-14.

The performance was a great reward for the hard work put in by Lauren Bruckshaw, Pat Durham and Sally Ruddle over the last few months in getting the squad prepared for the tournament.

Lawn also had success in their first Regional League Two match of the season against local rivals Abbey Meads.

Charlotte Legge was Lawn’s player of the match thanks to her consistent scoring as her side beat Abbey Meads 40-35.

This capped off a successful week for Lawn, who managed a clean sweep of wins in the Swindon & District League for the second week running.

In Division One of the Swindon & District League, last year’s winners Raychem A took on recently-promoted Raychem B.

Raychem B led an extremely close first half by a single point before a few key changes by Raychem A proved decisive.

The A side eventually took the lead in the second session and finished the match 71-55 winners.

Players of the match were Ayren Walker (Raychem A) and Sophie Collins (Raychem B).

Two Wootton Bassett sides also clashed in Division Four – the first time this has happened in eight years – with the A team facing the B side.

It was a close encounter with both sides performing well defensively before Wootton Bassett A found another gear in the fourth quarter as they clinched a 46-21 win.

In Division Three, Nationwide C said farewell to Stephanie Edmonds, who played her last match for the club before moving to Kent.

Meanwhile, Nationwide welcomed back Hannah Fairgrieve, who returned after a two season break, but the side eventually went down 25-23 against Croft C.

Elsewhere in the division, Fairford B only just managed to beat Burmah C 26-25, with the score neck-and-neck until the final seconds.

Marlborough had an extremely strong match, playing Abbey Meads F in Division Five, and starting with the same line up they finished with the previous week.

Marlborough managed 11 goals without reply in the first quarter and continued to dominate throughout the whole game, eventually winning 42-7.