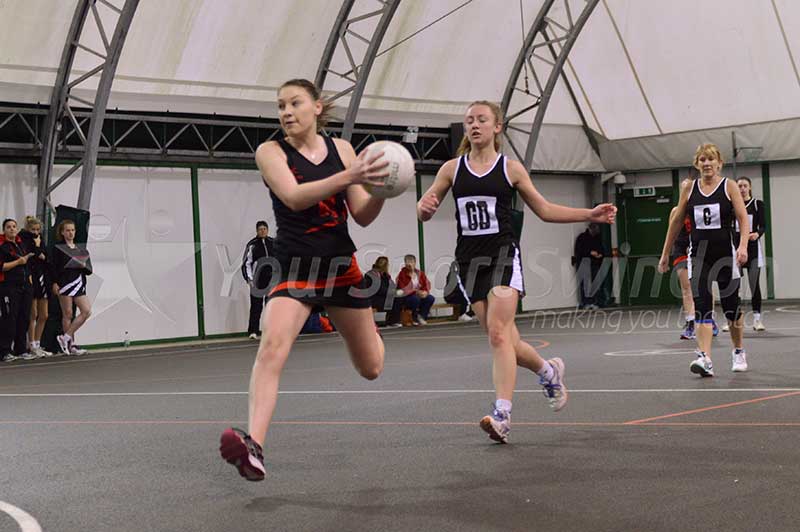 Lawn sneaked victory in their Regional League Two clash against Jupiter at the weekend by just a single point.

In what turned out to be an extremely tight affair, Lawn’s Goal Defence Naomi Watts was crowned player of the match.

Lawn eventually triumphed against Jupiter 47-46, their second win of the season.

Lawn C remain unbeaten this season thanks to their 52-35 success against Raychem D, who are just two places behind them in the table.

The team secured their success with excellent defending from player of the match Goal Keeper Charlotte Clinton.

Lawn B had to endure another match in bad weather conditions but managed to claim a seven-point win over Pinehurst C in Division Two.

Wing Attack Sam Thompson was given the player of the match award as Lawn won 36-29.

Lawn’s other teams were not as successful with the A, D and E team losing their matches against Raychem A, Wootton Bassett A (who are still undefeated) and Coleview respectively.

Nationwide C took on Moredon C in Division Three and got off to a strong start, winning the first quarter 10-3.

Moredon fought back and the following three quarters were very close before Nationwide eventually sealed a 27-20 win.

Louise Giles, Centre for Nationwide, was awarded the player of the match award.

In Division Five, Fairford C took on Abbey Meads F with both teams managing to make numerous interceptions and show good movement all over the court.

Despite Abbey Meads’ tight marking tactics, Fairford secured the win 31-14 with Goal Defence Liberty Slowly (Fairford) given the player of the match award.

In the Over 35’s league, Lawn’s team continued their dominance with a win against Abbey Meads, 29-23. Goal Keeper Kate Dawson was awarded player of the match.

Lawn’s under-16 regional squad started their first regional matches at Clifton College in Bristol at the weekend.

The team took on Cornwall Saints, winning by a convincing 20-goal margin, 49-29.

Next up for Lawn was a local derby against Bath which proved to be a nailbiter from start to finish.

Lawn were just a goal down at the end of the third quarter but couldn’t pull it back in the final session as they eventually lost 37-35.