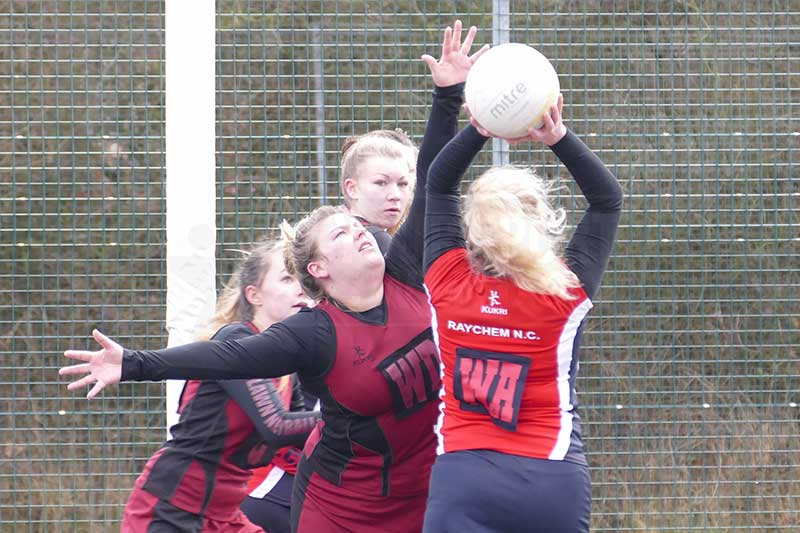 Lawn’s B and C teams were in good form at the weekend as they both celebrated good wins in the Swindon & District Netball Association League.

Lawn B took a two-goal lead in the first quarter against Pinehurst C in Division Two after showing strong determination to grab the lead from the first whistle.

Goal attack/goal shoot Neav Ingram was player of the match for Lawn who continued to edge in each quarter as they sealed a 43-35 victory.

Lawn C fought hard against Raychem D in Division Three with great defensive play and some good drives from centre Mollie Bourton, who received player of the match award in the 49-30 win.

Lawn’s E, D and A teams all suffered defeats. The A side were beaten 54-38 against Division One leaders Raychem A with Holly Thompson crowned Lawn’s player of the match.

Division Four leaders Wootton Bassett A proved too strong for Lawn D as they won 35-17 with Florrie Green awarded Lawn’s player of the match.

In Division Three, Moredon C beat Nationwide C 25-18 with Louise Giles winning the player of the match award for Nationwide.

Lawn’s Regional League Two squad took on local rivals Pinehurst but were beaten 41-35 despite leading by two going into the final quarter.

The final quarter saw Pinehurst take the lead and winners by six goals. Amy Beales defended well for Lawn but it was Sophie Bull who received the player of the match award.

Lawn’s unbeaten over 35 side beat Abbey Meads on Thursday night 40-21 with Kate Dawson earning the player of the match award.

Lawns under 16’s regional squad travelled to Plymouth to take on Hucclecote and Old Chelts in double header matches.

The youngsters put on a great performance in both matches, beating Old Chelts 49-37 but losing 48-43 against Hucclecote.