Four out of five for Raychem Netball Club 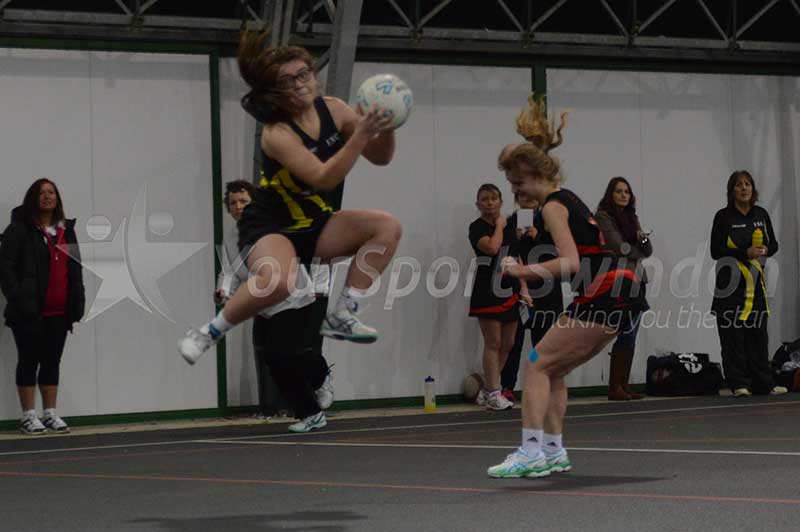 In Division One, Raychem’s A and B teams both won against Croft A and Burmah A respectively.

While Raychem A beat Croft A 40-32 to maintain their position at the top of the table, their B side beat Burmah A 31-22.

Raychem B got off to a strong start, winning the first quarter 10-6 with some excellent defending by Lucy Butcher and Bethan Harris.

Goal defence Sophie Parker was the player of the match as she helped Raychem clinch victory by nine goals.

Raychem C faced a tough match against Abbey Meads B in Division Two but were in confident mood after their success the previous week.

The windy weather meant short and sharp passes were the most effective with Raychem clinching a 23-21 victory in the last five minutes.

Raychem D also took on Abbey Meads, playing their D team in Division Three and beat them comfortably for the second time this season.

Player of the match went to Raychem’s goal shooter Beth Allen, as her side won 65-27.

Raychem’s E team unfortunately lost as they came off second best against a young and tall Faringdon squad in Division Four.

Having lost to Coleview 51-11 earlier in the season, Marlborough produced an improved performance second time around.

Marlborough worked hard, defended well and pressured Coleview early on as they trailed just 10-8 in the first half.

Coleview though made some positive changes at half-time and eventually pulled away.

Marlborough battled hard in the last quarter with Joss Drew and Hannah Setter forcing Coleview into some errors which were converted by Sydney Short.

Coleview though eventually triumphed 38-14 although it was a much improved performance by Marlborough, whose player of the match was Ruby Soellner.

In Division Four, Wootton Bassett B had a great result, beating Delta Reds C 38-28 with Julie Daniel taking home the player of the match award.

Leaders Bassett A though saw their unbeaten record come to an end as Croft D edged them out 36-34, with Dawn Robbins getting the player of the match award.

Bassett stay top of Division Four despite the defeat albeit it on goal difference from Croft D.

Having only had six players when they lost to Abbey Meads C at the start of the season, Nationwide C were determined to prove themselves second time around.

Nationwide started off with a strong first quarter and claimed a three-goal lead which they extended to four by half-time.

Abbey Meads C came out fighting in the final quarter but Nationwide C fought back to secure the win, 34-31 with Nationwide’s Kate Moore awarded player of the match.

Lawn’s B and C teams had another week of convincing wins, with both teams just a few goals off 50 points each.

Their B side took on Nationwide B and quickly established a 12-goal lead in the first quarter. Goal attack Neav Ingram earned herself the player of the match award for Lawn with some accurate shooting and a spectacular ‘trick-shot’ whilst mid-fall. The final score was 49-18 to Lawn.

Lawn C continued their dominance of Division Three with another win over Fairford B with Charlotte Clinton’s fine defensive display earning her the player of the match award.

Clinton’s great defensive display saw her intercept three passes on the trot in the 47-37 win.

Lawn E lost a closely-fought match against Delta Reds D in Division Five, losing 22-17 while Lawn D lost to Purton 33-17 in Division Four despite putting up a good fight.

In Regional League Two, Lawn took on Gloucester and played well before eventually losing by 24 goals.

Goal defence Naomi Wilcock was named player of the match for Lawn.

In the first match against Hucclecote, Lawn battled well before eventually losing 40-30.

But Lawn faired better against Old Chelts as they bounced back from two goals down to win 48-39.