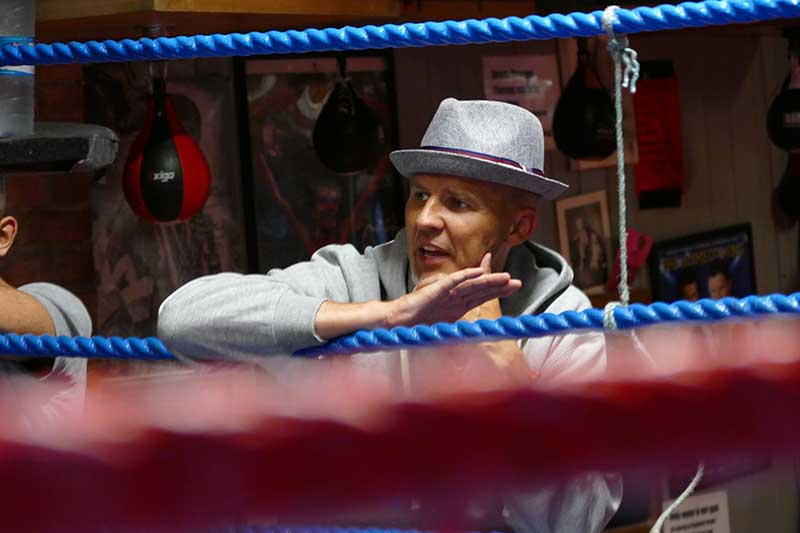 Having twice been denied a world crown by British rival Carl Froch, Groves saw his third attempt – for the WBC strap – against Badou Jack in Las Vegas end in a split decision defeat.

Since the loss, Your Sport Swindon understands Fitzpatrick has told Groves of his decision to step aside as his trainer although he still believes the fighter can win that elusive world title in the future.

Speaking to The Clare Champion, Fitzpatrick said: “Since the fight we haven’t really spoken, to be honest with you.

“His wife was with him and she was very upset and she wasn’t necessarily saying the right things to one or two of us around him so there was no point in us being in that situation where there was going to be uncomfortableness and no chat.

“Physically, that man has everything it takes to be a world champion. Now, mentally, I think it’s going to be very difficult.

“It’s me saying this now but if George was to come back, he would need, and I think it would be better, to be with a different trainer.

“He would have to be able to go into a fight and know if it went wrong the last time and the time before, now it’s different; I’m giving myself the best opportunity’.

“I’ve got nothing but full respect for the man, I’ve enjoyed our journey, even the crap bits, because we’ve been in it as a team and we’ve achieved a lot and overcome a lot.

“But he has still to achieve a goal that is physically and technically well within his grasp.

“Mentally and emotionally, I don’t know. He definitely needs a break and there would be no shame either in having a chat to somebody about it over time, somebody that could clear his head out.”

“I’m part of that team too, it affects me too but keep it real. You’re 27, you’ve got millions, you’re happily married.

“I’m just about to walk into my gym; I’ve got kids from broken homes, kids who’ve got nothing and if they’re smiling, you know, keep it real.”

Reflecting on the fight itself, Fitzpatrick revealed he thought Groves had won by two rounds but also admitted he didn’t feel robbed as he conceded it was a “close fight”.

“Obviously, the most important men, two of the judges, had it the other way.

“It doesn’t make it any easier to deal with, but lets keep it real, we know what kind of game we’re in.

“We weren’t robbed; if we got the decision Badou Jack wouldn’t have been robbed. It was a close fight, I had George winning seven rounds to five, other people had it the same as that and others didn’t, they had it seven-five in the other direction.

“If I said I wasn’t frustrated or in any way bothered by it, well then I wouldn’t care about the fight we were in, in the first place.

“I’m frustrated because we have, as a team, let’s call an egg an egg, a record of two wins and three losses.

“I have to take some responsibility for that. You can’t be part of a team and then say I have nothing to do with it.

“He’s had to deal with a fantastic amount of stress and, I tell you what, I tip my hat to him for the way he has dealt with it.”

Fitzpatrick has immediately turned his attentions to another world title hopeful, Eamonn O’Kane, who takes on Tureano Johnson in an IBF world title eliminator at Madison Square Garden in New York on October 17th.

And seven days later, two more of Fitzpatrick’s boxers Luke Watkins and Garvey Kelly, are in action back home in Swindon at the Oasis Leisure Centre.