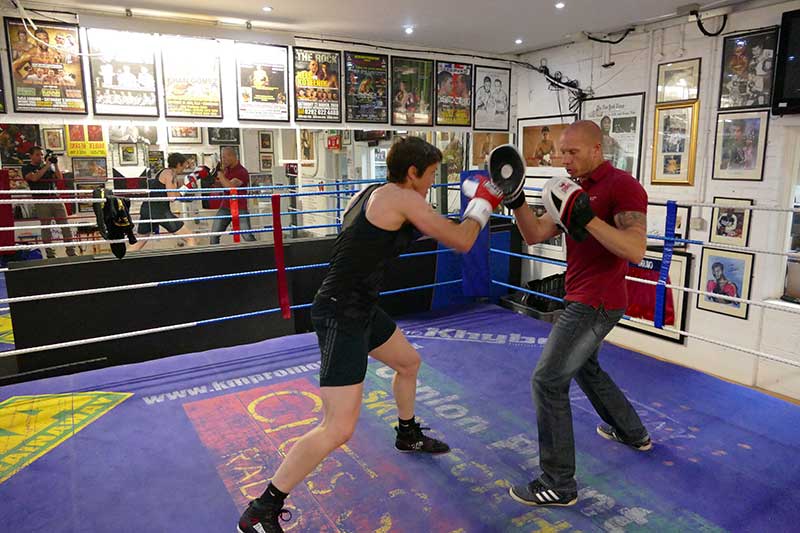 Swindon boxing trainer Rich Farnan talks to Your Sport Swindon about Kelly Morgan, who makes her debut this weekend.

Click on the video above to watch this video.

Morgan takes on Klaudia Vigh at Bath Pavilion on Saturday night and trainer Farnan is predicting an early knockout.

Farnan has also made an urgent appeal for Swindon to get behind Morgan and buy tickets for her first professional fight.

Morgan has to sell 70 tickets but is presently facing the prospect of being out of pocket for the fight because she has to pay for her Hungarian opponent’s expenses.

“It’s tough for Kelly,” said Farnan. “She has to sell 70 tickets in such a short space of time. Without the ticket sales there is no fight.

“I’m urging the people of Swindon to come out and support Kelly this Saturday because this is the start of a journey towards winning a world title.

“She is going to put on a performance and she has a realistic chance of winning a world title in the near future so it’s important to be there for her first fight.

“We are really looking forward to it now especially after the disappointment of the last show. Finding another show so local, it just fell in to place really.”

And Farnan, is confident that Morgan is going to knockout her Hungarian opponent.

“I’ve always said records are for DJ’s and Klaudia is experienced. She comes to fight and has a great jab which she is not afraid to throw.

“There are going to be things for Kelly to think about during the fight.

“Personally I think the job will be done in emphatic style and potentially quite quick. She is too fast, too strong for Klaudia in my opinion.

“Because it is two minute rounds I am a little hesitant to predict the first round, so I’ll say first or second round. I have no doubt though that Klaudia will not see the final bell though.”