Farnan confident “vicious” Morgan will be a champ 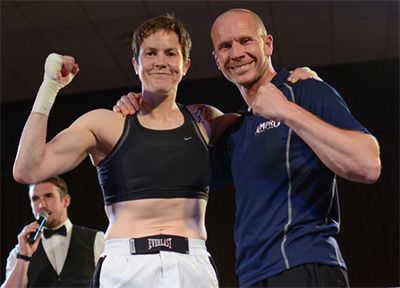 Farnan told Your Sport Swindon that she has a vicious side to her that no other female boxer in her division will be able to handle.

Morgan made a stunning professional debut back in July when she stopped Klaudia Vigh inside the first round at Bath Pavilion.

Her next fight will be on October 24th at Swindon’s Oasis Leisure Centre but Farnan admitted they are struggling to find an opponent.

Farnan would like a shot at Szilvia Szabados, who was Morgan’s original scheduled opponent for June’s New Generation show which was eventually postponed.

However, so good was Morgan’s debut performance that her trainer Farnan believes Szabados may now avoid his boxer like the plague.

“But it isn’t going to be long before we have to go lobbying or knocking on the door saying right Nikki Adler, Christina Hammer, whoever it might be, we need to fight you because nobody is going to fight us.

“You could get three, four, five fights and they could all be first round knockouts because she is that powerful and that aggressive.

“She is like a bigger version of Ronda Rousey from the MMA, she is vicious, Kelly is vicious. These other girls aren’t vicious, not that I’ve seen.

“They box and some of them are lovely technical boxers but they are not vicious – Kelly is.”

Click on the video above to watch this full interview.