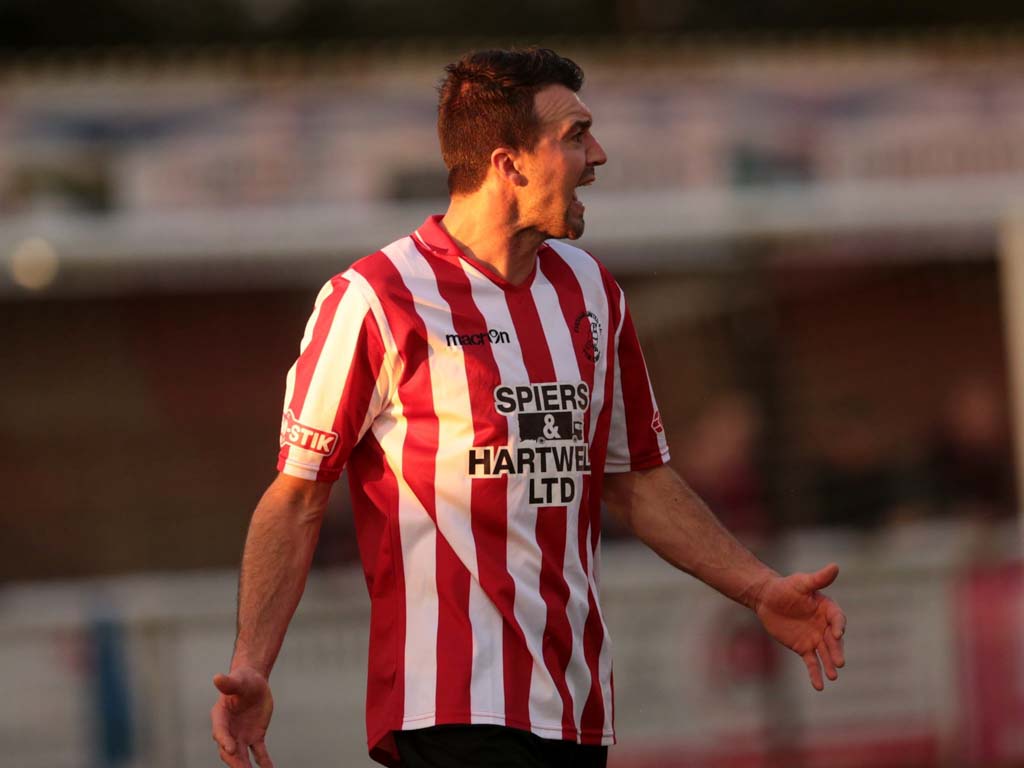 Swindon Supermarine have added more firepower to their squad ahead of their FA Cup trip to Sholing on Friday night by re-signing striker Ash Edenborough.

Edenborough returns to the Webbswood having spent just over a season at fellow Southern League Division One South & West rivals Evesham United.

The 29-year-old striker should now go straight into the squad for the FA Cup trip to Sholing on Friday night.

Edenborough will now look to build on the 94 goals he has already scored for Swindon Supermarine during his previous two spells at the club.

A statement posted on the Swindon Supermarine website on Wednesday night said: “The chairman, manager and staff are please to announce that Ashley Edenborough has signed for Swindon Supermarine this evening after spending just over a season at fellow leaguers Evesham United, his transfer form has been signed and despatched to the Southern League.

“Ash returns just a week after playing against Marine in our 1-0 victory at Evesham and will give manager Dave Webb added strength to his front line, a great position to be in as we look to continue our great start to the season.

“Barring any last minute hicups Ashley will be registered in time to be in the squad for Friday nights FA Cup tie at Sholing.

“Welcome back to the Webbswood Stadium and Swindon Supermarine Ash.”

Meanwhile Edenborough himself expressed his delight at returning to Supermarine on Twitter, tweeting: “@supermarinefc great to be back HOME great club can’t wait to get going also lots of love to @webbswood”.