Delight for Bharj as he outpoints Riyaz 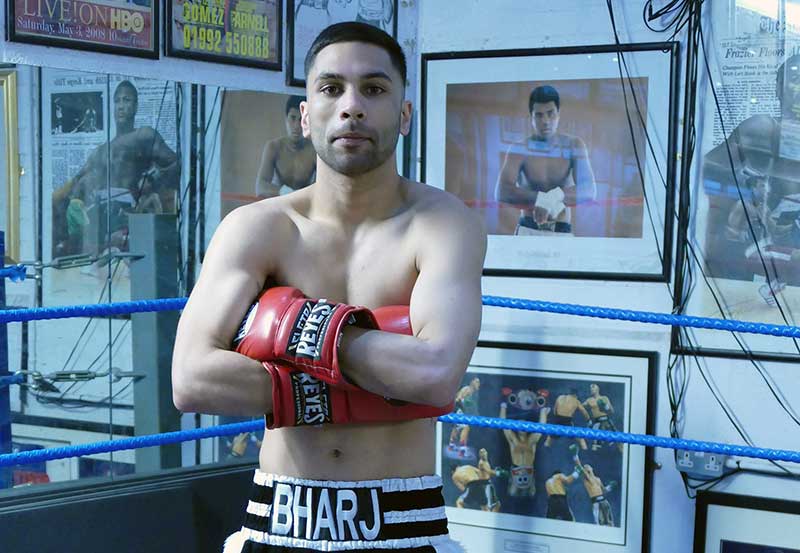 Swindon boxer Danny Bharj was delighted with his performance after beating Ibrar Riyaz on points on Saturday night.

Watch our interview with Bharj by clicking on the video above.

It was the second professional win for the two-time ABA champion after Bharj claimed a 40-36 points victory at the GL1 Leisure Centre in the Gloucester.

Opponent Riyaz came to fight but the Swindon lightweight was simply too fast and too slick for his rival.

With new trainer Rich Farnan in his corner for the first time, Bharj was quick to highlight the improvement in his overall fitness.

Bharj produced a superb opening round as his movement and fast shots kept his Reading rival on the back foot.

The Swindon boxer upped the pace again in the second round as his quick screw shots and jabs saw him pick off Riyaz almost at will.

A flurry of punches from Riyaz sent Bharj on the back foot temporarily in the third round, but the Swindon boxer never looked in trouble as he banked another round.

Having been told by his trainer Farnan that he had lost the third round, Bharj upped the pace again in the fourth round, as did Riyaz knowing he needed a stoppage.

Both boxers went toe-to-toe which made for an exciting finish for the packed Gloucester crowd.

But it was Bharj who continued to dominate in the final round as he wrapped up a superb points win against a tricky opponent.

Bharj will now turn his attentions to his next fight which takes place on October 24th at Swindon’s Oasis Leisure Centre.

Joining Bharj on the Swindon show will be 21-year-old Ryan Martin, who takes on Faheem Khan in a Challenge title fight.

Martin also celebrated a win last night in Gloucester as he knocked out Lithuanian Linas Mestavicius in some style inside two rounds.

For ticket information for the October show visit www.kmpromotions.co.uk