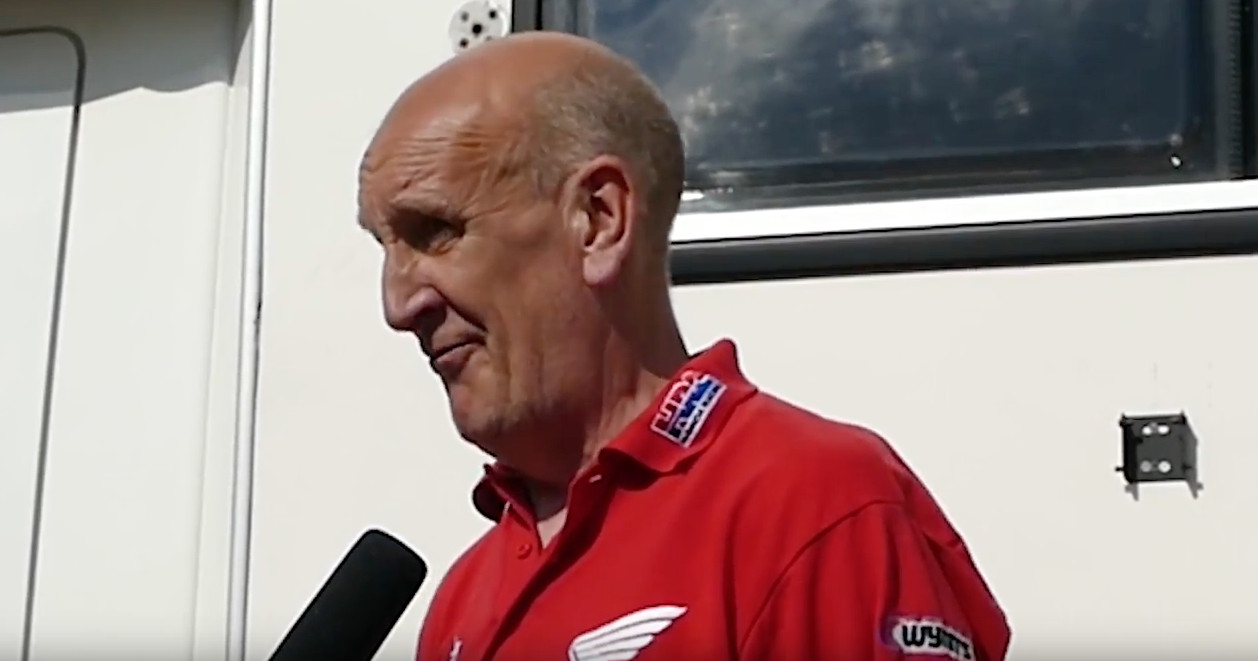 Dawson now believes both rider and bike are now exactly where he wants them to be at this point in the championship.

The 13-year-old’s race weekend at Brands did not run smoothly with the youngster coming off his bike early in qualifying and in Sunday’s race, suffering problems with the bike after just four laps.

Despite these issues though, Cook stormed to an 11th place in race one and ninth in race two, a result that left Dawson very proud of his rider.

Click on the video below to watch Dawson’s interview with Your Sport Swindon.

Starting in 14th on the grid in Saturday’s race, Cook was in a constant battle for ninth place with Elliot Lodge, Jorel Boerboom and Edmund Best before taking the chequered flag in 11th place.

On Sunday Cook was also in another great battle this time with Sam Llewellyn who he edged out for ninth at the finishing line.

Although Cook admitted he would have loved to have mixed it with Boerboom, Lodge and Best in a battle for sixth place, he revealed he made a few mistakes and along with having a bike problem from lap four onwards, remained pleased with his performance.

Cook now heads to Cadwell Park for round eight of the series on 27th-29th of August.

Leading the way in the HEL Performance Motostar British Championship is Swindon rider Charlie Nesbitt who stormed to another double win at Brands Hatch at the weekend.

For the third straight round, Nesbitt clinched both race wins as he took his points tally to 280 points, 109 points ahead of his nearest rival Jake Archer.

PrevPreviousVIDEO: Swindon Supermarine 1 AFC Totton 0
NextWebb “over the moon” with Supermarine’s start to the seasonNext