Cox to defend title against Spanish Number One 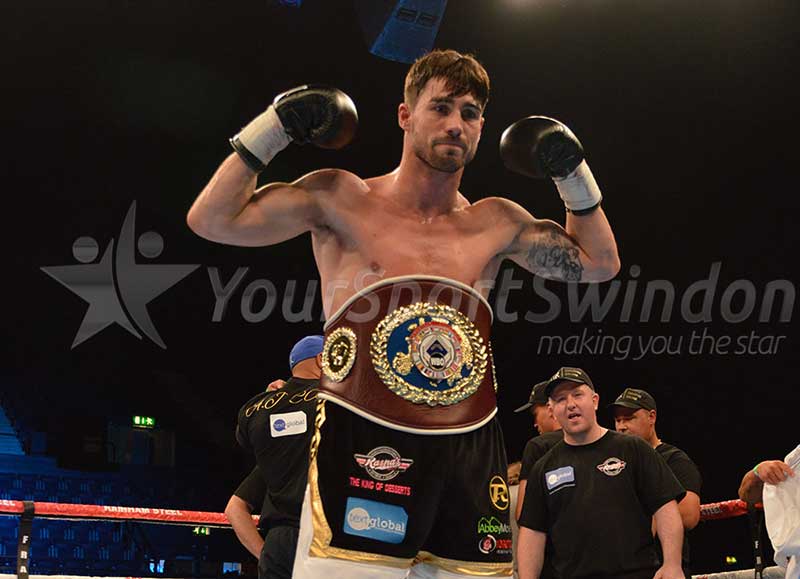 Cox won the European strap back in July when he stopped Blas Miguel Martinez inside the first round and the Swindon boxer is predicting more of the same against Hilario.

The former Walcot amateur star was originally due to defend his title against Sergey Khomitsky before he pulled out of the fight with Cox accusing the Belarus number one of running scared.

But Cox is relishing the chance to impress against Hilario and take another step towards a world title shot.

“Obviously it is about getting the job done again and taking a step closer to the world title,” Cox told Your Sport Swindon.

“He (Mariano Hilario) is the Spanish number one so we are obviously taking it very seriously but I am looking for another knockout and to provide a bit of entertainment for the crowd.

“I cannot wait to defend my title and I really looking forward to it.”

Cox faces Hilario on the undercard to Frank Buglioni’s world title shot against unbeaten Russian Fedor Chudinov with the Swindon boxer potentially being lined up to face the winner.

Buglioni however, appears to have already overlooked a fight against Cox having publicly declared he wants to face the likes of George Groves or James De Gale instead.

Cox believes Buglioni’s comments are a little disrespectful and believes the the London-based boxer is running scared of him.

“Buglioni is talking about bigger fights already,” added Cox. “That is a bit disrespectful to be honest because Frank Warren is already trying to make that fight (to face the winner of Buglioni-Chudinov) happen for me.

“Maybe he (Buglioni) is worried about facing me just like Sergey Khomitsky and Lee Markham were.

“He (Buglioni) is basically in the right place at the right time.

“At the end of the day Buglioni can talk all he wants but both Khomitsky and Markham didn’t want the fight against me and that maybe speaks volumes.

“You obviously have to give the edge to Chudinov for that fight because he beat Felix Sturm, albeit a slightly past it Sturm.

“Buglioni is only in the fight because Chudinov has only had 13 fights.

“But you know me, I will fight either of them or anyone else, I just want that shot at the world title.

“I’m looking at another knockout on September 26th and just moving my ranking up again and putting myself in a mandatory position for a world title shot.”

Cox also had a word of thanks for his new sponsors Kaspas Desserts, adding: “Obviously a big shout out has to go to Kaspas who are my new sponsors, without their help and backing I would not be able to dedicate my time to the boxing and would have to go out and get another job.

“I’m also so grateful to all my previous sponsors like Steve Gannicott, Franco from F&M Foods and my best mates Ricky Mazzotta from Fratello’s and Steve Murtough from Abbeymove, because without their help I wouldn’t be in the position I am now.”