Change of opponent for Morgan 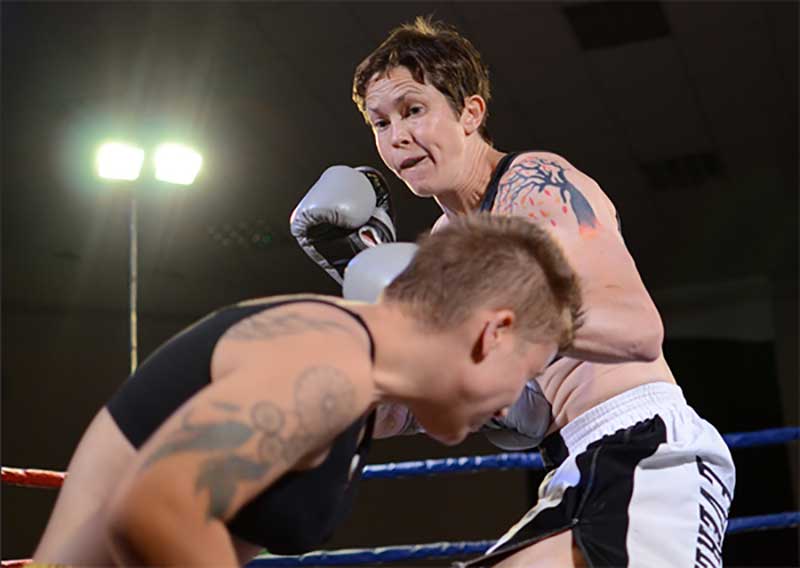 Swindon boxer Kelly Morgan believes a late change in opponent for her next fight will prove to be a more exciting contest.

Morgan was due to be taking on world number 10 Elene Sikmashvili on October 24th before the Georgian’s application for a work visa was turned down.

Hungarian number one Melinda Lazar will now take on the Swindon boxer at the Oasis Leisure Centre.

She admitted the change in opponent is frustrating but Morgan believes she now faces a much sterner test in Lazar.

“It is really frustrating,” Morgan told Your Sport Swindon. “I am obviously new to the sport and still learning how often this kind of thing happens.

“I think it is a shame because Sikmashvili had a number 10 world ranking and I wanted that but obviously that is not the be-all and end-all.

“Now I’ve got Melinda Lazar. She has beaten (Szilvia) Zabados who is ranked fourth in the world but she has less experience than my previous opponent.

“Looking at the video though she has a lot more to offer though (than Sikmashvili).

“She lost to a strong American and she has a record of boxing really good people.

“By all accounts she seems to be a stronger opponent.

“I think it is going to make for a better fight.”

The fight will take place at middleweight and, having won her debut by way of a first round stoppage, Morgan is once again targeting a knockout.

“The fight has been agreed at middleweight and she looks a lot shorter than me at 5ft 4in but seems quite heavy,” Morgan added.

“But you never know from looking at the video what kind of boxer is going to turn up on the night.

“We’ll just go out there and stick to the game plan and fingers crossed that will be enough.

“If we can get the knockout that would be great but it depends what she brings to the ring.

“If she allows me to get my shots off then I’m confident we’ll get the stoppage.”

Morgan’s first professional training camp was purely with her trainer Richard Farnan but this time around she has had some company with Danny Bharj and Ryan Martin joining the team.

Both Bharj and Martin are fighting at the Oasis Leisure Centre on October 24th and Morgan has enjoyed every minute of training camp with them.

She added: “Obviously we are in the last week of training camp and then next week it is fight week so they’ll be a lot of sharpening up.

“We are nearly there.

“It’s nice to be part of a training team.

“It has different feel to it.

“For my first fight in Bath it was all last minute and I was thrown in at the deep end.

“It had a really different feel to it.

“But being part of a training team is different.

“The sport is hard and emotionally draining so it is great that we can all bounce off each other.

“It has just been really good for me, it makes a massive difference being part of a team.

“Tickets have been pretty good, I’ve sold 60 already but I still need to sell another 15 or so to cover my fight so please everyone come and get your tickets asap.”