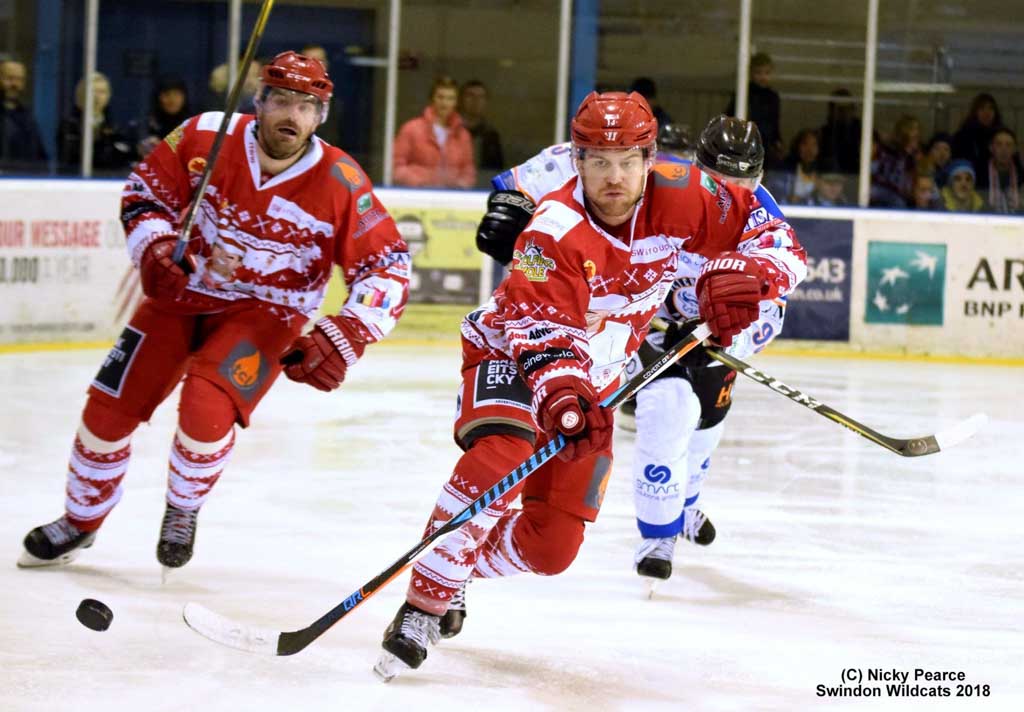 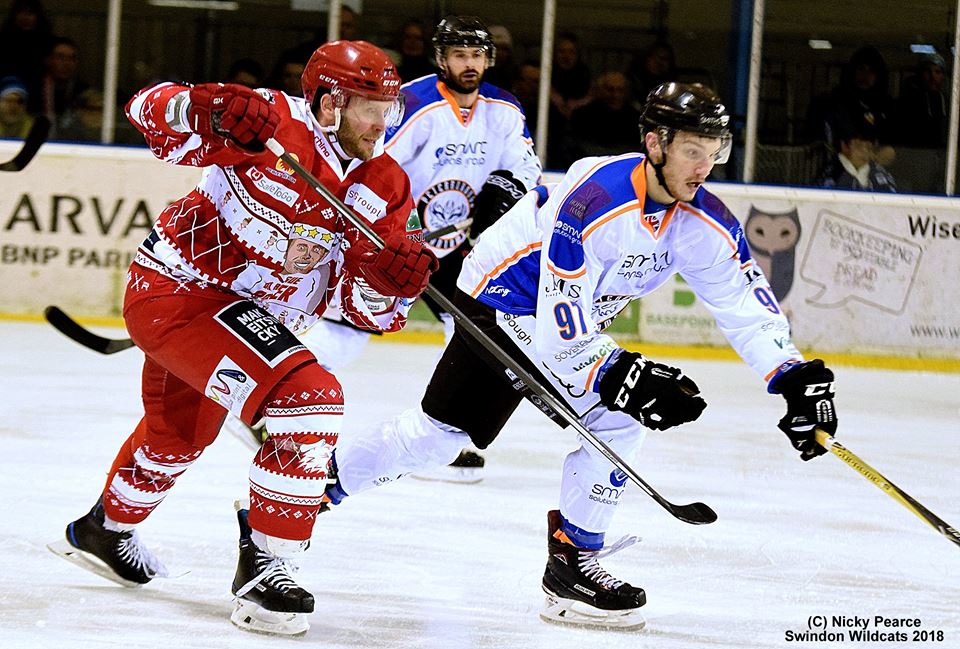 Swindon Wildcats and visitors Peterborough Phantoms blanked each other out in a 3-3 draw in the first leg of the Autumn Trophy semi-final at The Better Link Centre on Thursday night.

Wildcats sting Bees in overtime to claim both points 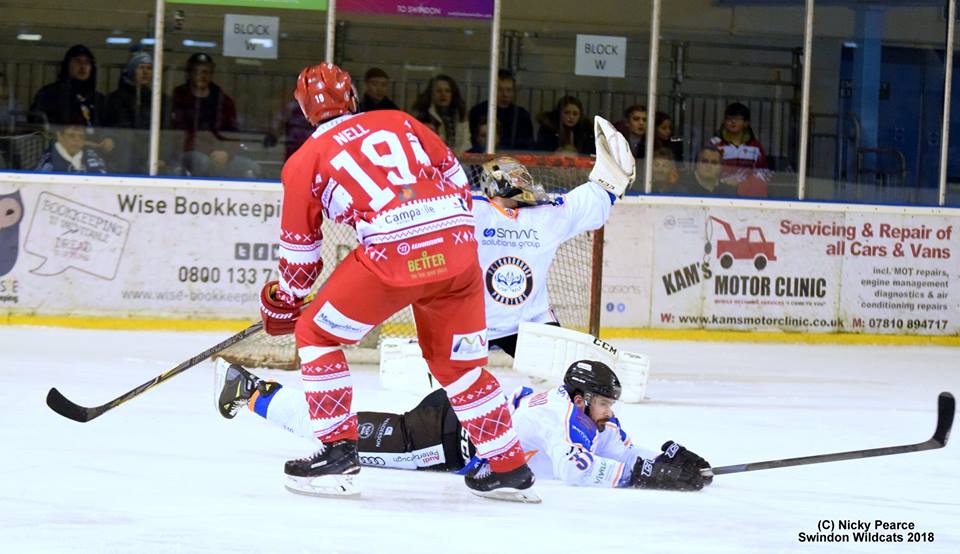 Swindon Wildcats maintained their record of having not lost on home ice this season to the Bracknell Bees when they defeated the visitors 5-4 in overtime, thanks to a cracking winner scored by recent signing Edgars Brebis.

After a hectic festive schedule, during which the Swindon Wildcats recorded four out of five wins, Aaron Nell’s side return to league action this weekend as they once again host the Bracknell Bees on Saturday evening (face-off 6.15 p.m) before travelling to Planet Ice on Sunday to take on the […] 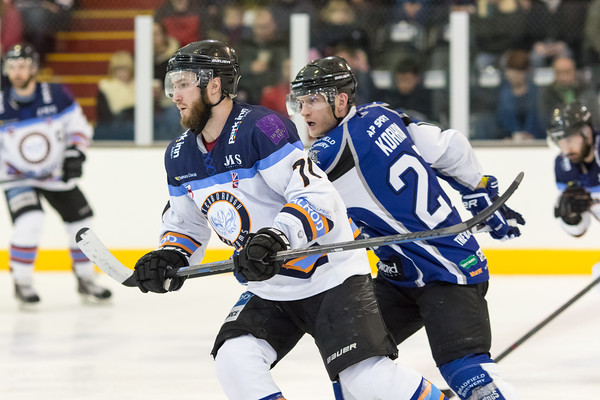 The Swindon Wildcats return to the ice after a two week pre-Christmas break with a tricky trip to second in the table Peterborough Phantoms on Saturday evening (face-off  7pm)  before playing another four games in six days in a hectic festive schedule.

Wildcats on fire as they extinguish Cardiff! 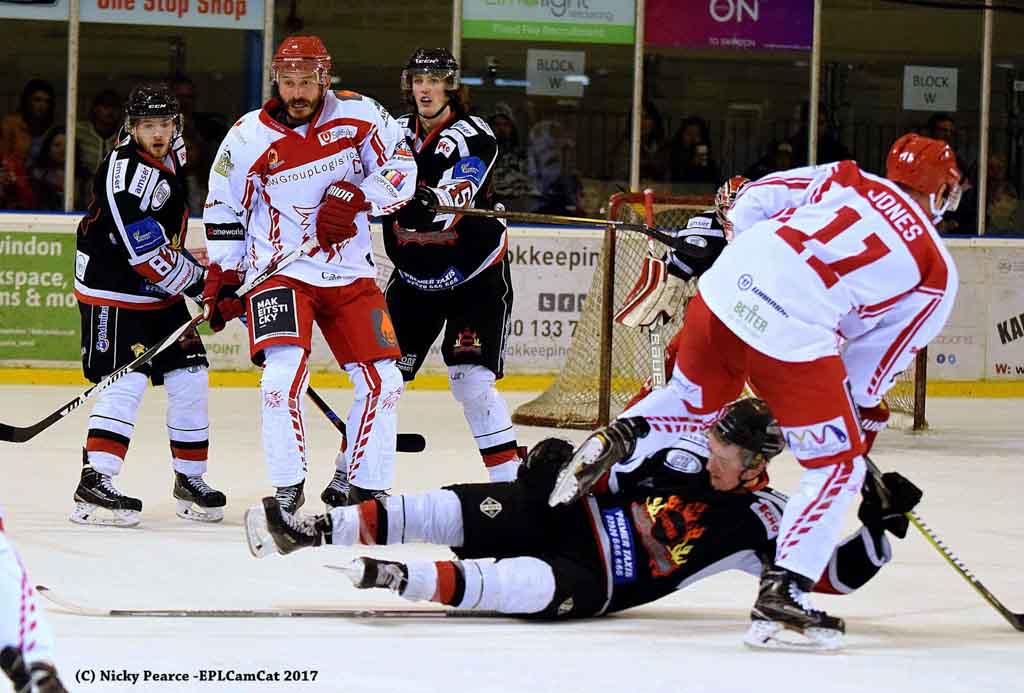 It was one-way traffic at The Better Link Centre on Saturday night when the Swindon Wildcats blew away the Cardiff Fire when they recorded a thumping 15-1 victory against the bottom of the table side in the N.I.H.L South. 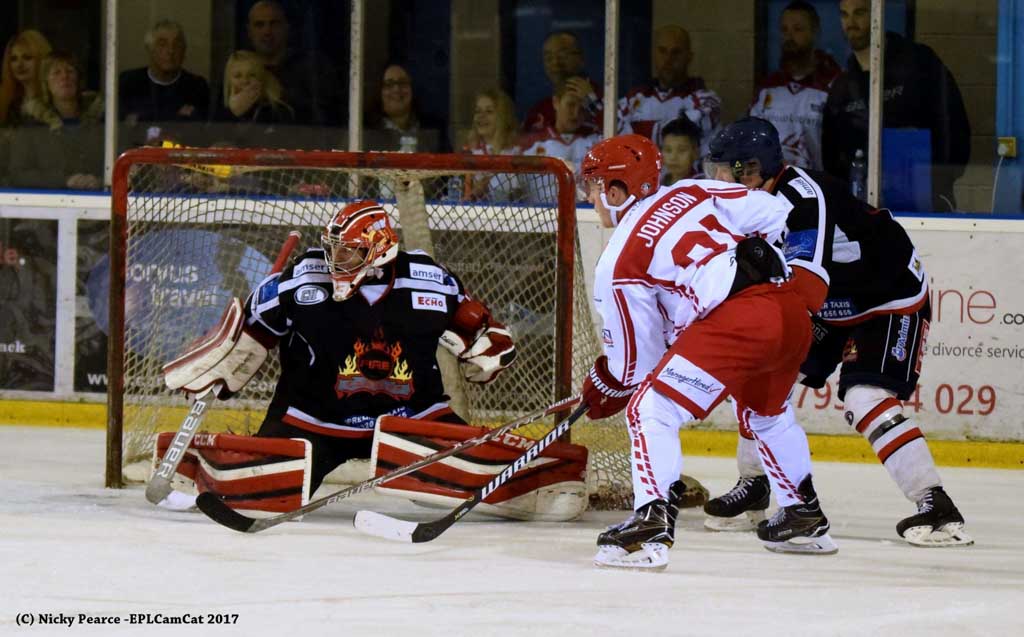 It’s back to league action for the Swindon Wildcats this weekend when they take on bottom of the table Cardiff Fire at The Better Link Centre on Saturday (6.15 p.m face-off) before travelling east on Sunday to take on the Invicta Dynamos at the Silver Blades Rink, Gillingham (5.15 p.m face-off)

Zajac looking to leave the Wildcats on a high this weekend 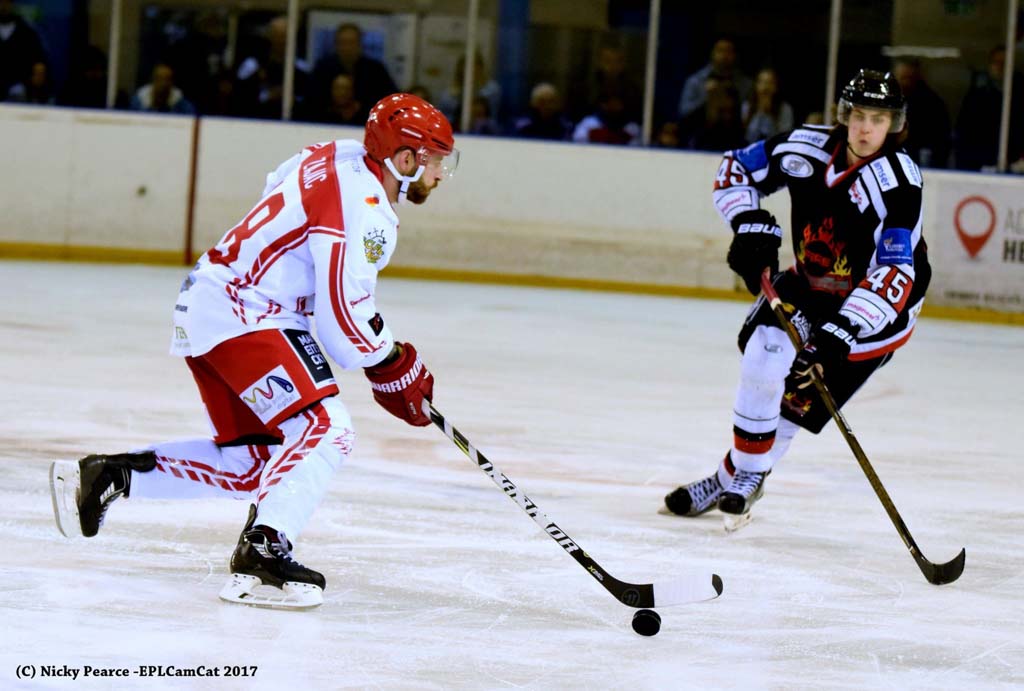 The Swindon Wildcats tackle the Invicta Dynamos in the league this Saturday night at The Better Link Centre (face-off 6.15pm) before travelling north on Sunday to take on the Telford Tigers again in the National Cup, having only played and defeated them in overtime 3-2 on home ice last Saturday. 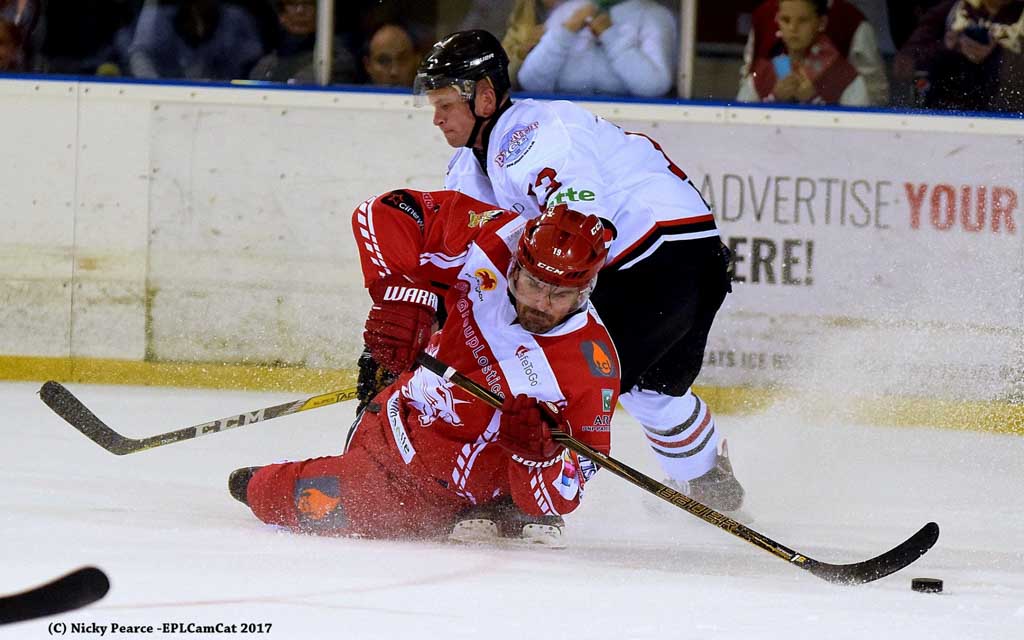 The Swindon Wildcats continued their fantastic unbeaten National Cup run when they defeated the Telford Tigers with a 3-2 ‘Overtime’ win, thanks to a brace from Player/Coach Aaron Nell and Jan Kostal at the Better Link Centre on Saturday night. 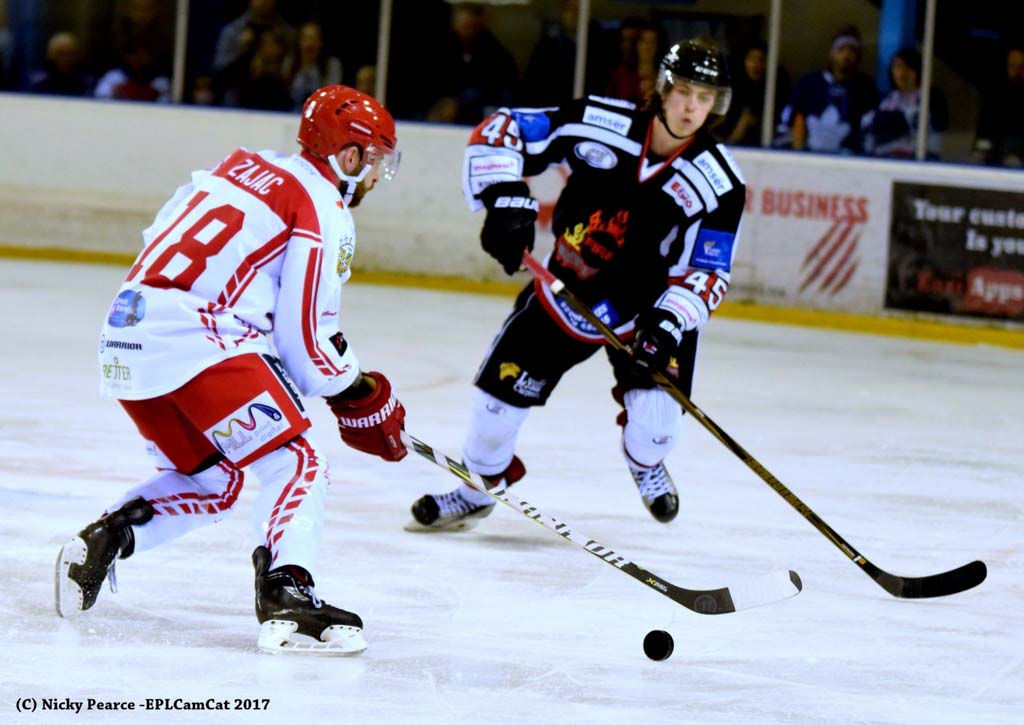 The Swindon Wildcats will be looking to maintain their unbeaten record in all cup competitions this season as they face fellow former Premier League sides Telford Tigers and Bracknell Bees in the National Cup (Group D) this weekend.