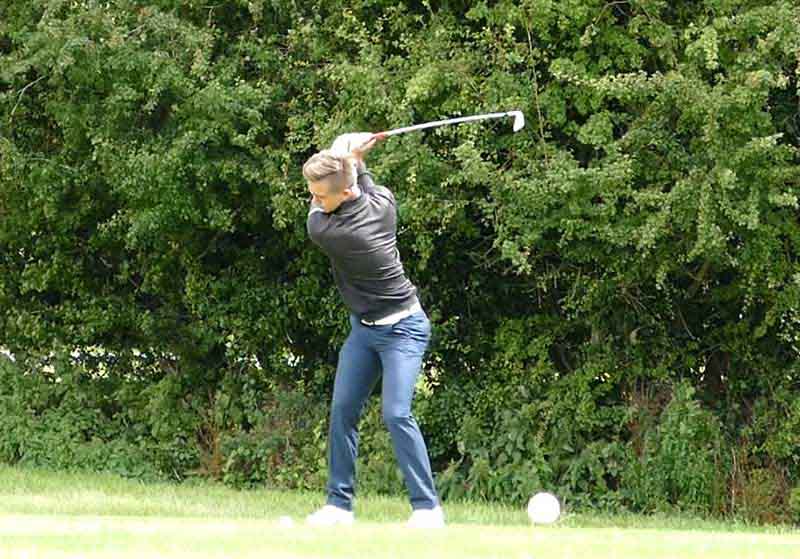 His most successful season to date may have just drawn to a close but already Ogbourne Downs star Jake Bolton has his sights set on bigger and better things next year.

Winning both the gross and nett titles at the Ogbourne Downs Club Championships was a highlight for the 17-year-old but Bolton also went on to add five other titles to his collection.

He won the Broome Broome Manor Junior Open, American Golf Junior Regional Open, Manor House Junior Open, Kingsdown Junior Open as well as the English Boys County Finals with Wiltshire where he won 4.5pts out of six for the team.

Furthermore his handicap has dropped to plus two, opening the door for him to play in some prestigious events in 2016, and allowing him the chance to enter Open qualifying.

Bolton is also targeting an England call up with the U18 squad but he knows he must work hard throughout the winter months in order to keep on top of his game.

“2015 has been a hectic but good year for me with my club and the county that I represent,” Bolton told Your Sport Swindon.

“Firstly I would like to say a big thank you to my sponsor MPD Offset who help me with entering events, paying for equipment etc and also my dad and the people who take me to play in events. I don’t think I would be able to enter the amount of events that I do without them.

“This season has been a good one in terms of my handicap and how consistently I played throughout the summer.

“My handicap is now plus two which is massive because I can enter pretty much all the amateur events based in Britain, some abroad and try for Open qualifying next year.

“My season included five wins away being opens and the English Boys County Finals, which was a superb week and I’d like to thank the county and parents for the support they provided that week and more importantly the boys on how great they played.

“I also won my club champs by 12 strokes on one under par which is the first under par winner since the 1980’s.

“Also a big achievement this year was playing on the Jamega Tour at Donnington Grove where I finished in a tie for 13th against some good pros.

“My plans for next year have now opened massively because of being off plus two, so I can now enter things like the Brabazon Trophy, Lytham Trophy, Portuguese Am, Peter Mcevoy Trophy, Scottish Am etc.

“So you can see how many doors become open when you get to this sort of handicap, so next year will hopefully be even bigger and better.

“I have set a few targets already, some people may already know what they are but I am going to keep them personal.

“One is to try and get a England U18 call up but for this to happen, playing well in the England based events is key.

“I have a long winter coming up where I will hopefully get a new set of clubs ready for next year and practice ready for the Intercollegiate Portuguese Open at The Amendoeira Resort in early February. Thanks for everyone’s support this year and I hope to see you all in 2016.”