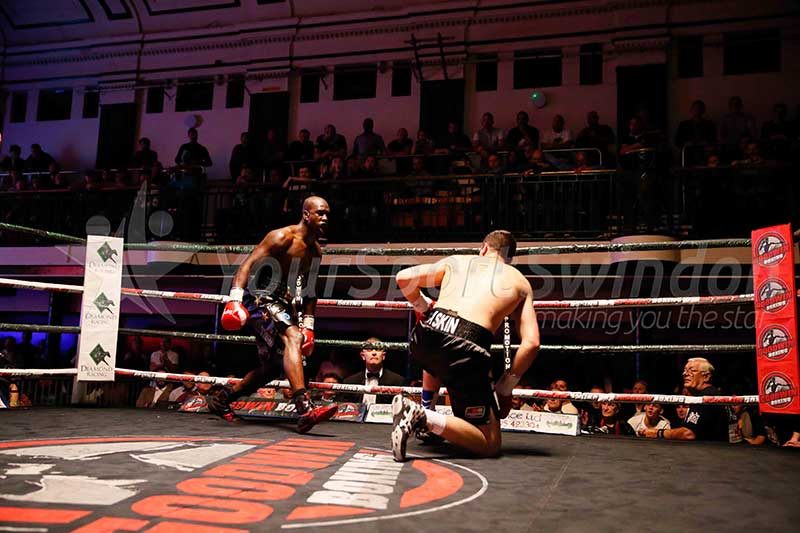 Swindon boxer Lawrence Bennett has been handed an immediate rematch with Matty Askin for the English cruiserweight title.

The British Boxing Board of Control ordered the rematch on Thursday following the bizarre ending to the pair’s first contest which saw both boxers fall through the ropes in the first round, with Askin unable to return to the ring because of injury.

Bennett’s manager Steve Goodwin confirmed the news on facebook saying: “Delighted to announce that Lawrence Bennett has been granted an immediate rematch for the English Cruiserweight title against Matty Askin.

“There will now be purse bids to decide where the bout will be staged.

“I believe the Boxing Board made a just and correct decision.”

The decision will come as a huge boost for Bennett who was due to defend his Southern Area title against Wadi Camacho on December 5th.

Bennett will now vacate his Southern Area title in order to take the rematch with Askin.