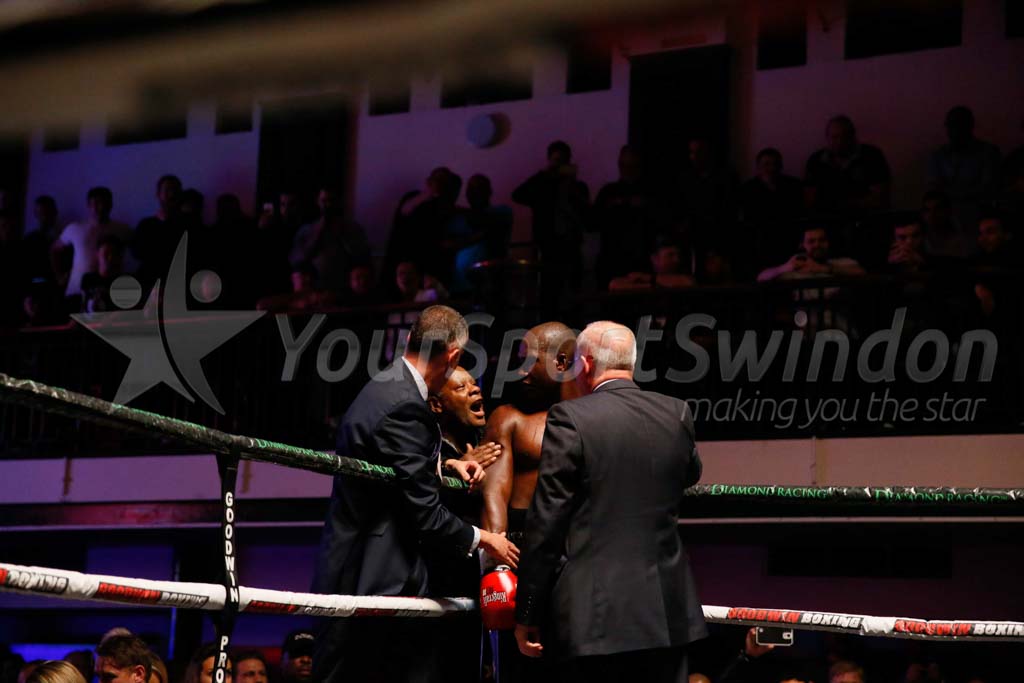 Both boxers fell through the ropes late on during the first round with English cruiserweight champion Askin suffering a heavy fall and having to be stretchered to the dressing room.

Bennett returned to the ring initially expecting Askin to rejoin him and continue the fight but was confronted by two angry spectators who tried to attack him before security intervened.

The Swindon boxer was eventually escorted from the ring while Askin was taken to hospital to be checked over.

With the fight declared a technical draw, Askin’s camp have since confirmed they will lodge a complaint to the British Boxing Board of Control about the incident.

Talking to the Blackpool Gazette Askin said: “He was wrestling me down and I landed on a table, which broke and I landed five feet away from the ring.

“Bennett is an idiot.

“I don’t think I have got anything serious, maybe cracked ribs and I have had some difficulty breathing.

“I am not concerned about any disqualification. I would rather have it settled where it should be in the ring.”

Paul Speak, Askin’s manager added: “Bennett was pushing Matty and he went through the ropes. He barged Matty out of the ring.

“We have witnesses who have said that Bennett’s behaviour was not acceptable from a professional boxer.

“On Monday morning, I am planning to make a complaint to the British Boxing Board of Control about Bennett’s behaviour.

“It was not easy in all the chaos to see what was going on, but we have spoken to witnesses that Matty was pushed out of the ring,

“Matty landed on his back and hurt his ribs.

“While I was going with Matty to hospital, his trainer Michael Jennings was speaking to the British Boxing board steward at ringside.

“We will be contacting the Boxing Board to try and get the decision changed and for Bennett to be disqualified.”