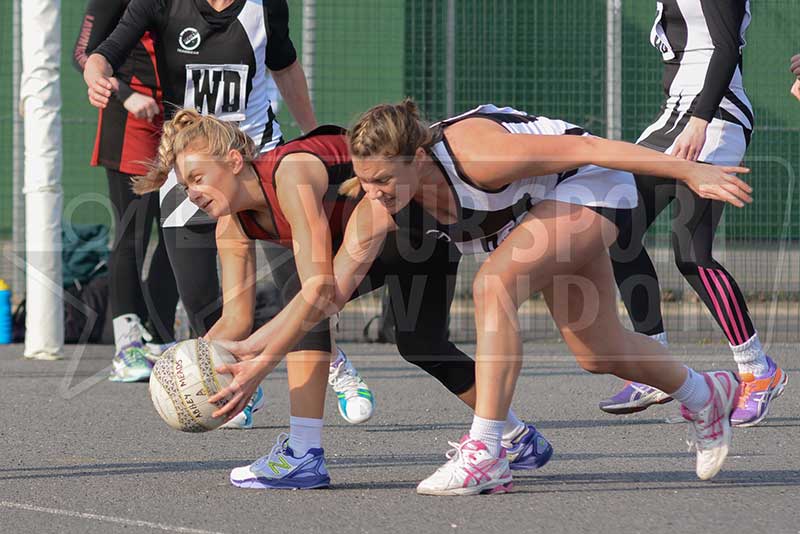 Both teams came out in the first quarter playing frantically as they traded goals.

Lawn’s wing defence Issy Dawson made some great interceptions but by the end of the first quarter, Hucclecote led by six goals which forced Lawn into some positional changes.

By the end of the third quarter, Lawn pulled level at 34-34 with both teams going for victory as they played some fast defensive netball.

A few mistakes cost Lawn dear as Hucclecote crept back into the lead, eventually winning 48-46.

Maddie Durham won the player of the match award for Lawn.

In Swindon & District Netball Association League Division Two, third-placed Fairford A took on Burmah B who were sitting in fourth.

Having lost the last time they met, Fairford were keen to get a strong start but trailed by two at the end of the first quarter.

Fairford calmed their nerves and came out strongly in the second quarter, taking the lead and then racing to a 41-26 success.

In the same division, Lawn B took on Abbey Meads B but fell six goals behind after just five minutes.

Lawn though regrouped and ended the first quarter three goals ahead, a lead that Abbey Meads failed to close.

Goal shooter Abby Simpson was handed the player of the match award as Lawn clinched a 62-33 victory.

Lawn E took on Raychem F in Division Five in what was their last match of the season.

All Lawn’s players got the chance to get some court time with wing attack Ellie Holloway earning the player of the match award.

Raychem though proved too strong for Lawn as they won 57-23.

Watch highlights of last weekend’s netball action by clicking on the video above.

Also in Division Five Delta Reds D, who fielded just six players due to an injury in an earlier game, took on Croft E.

And it was Croft who gained the early advantage, leading 32-17 at half-time. Delta played some fluid netball but Croft’s shooters were clinical and rarely missed as they clinched a 64-36 win.

Yasmin Cady was the player of the match for Delta.

Lawn’s goal keeper Charlotte Clinton was the player of the match thanks to her great interceptions while Lynn Palmer produced a fine shooting performance.

Lawn A failed to beat Burmah A in Division One, going down 47-33.

Goal shooter Holly Thompson was Lawn’s player of the match thanks to her accurate shooting from distance.

In Division Four, Lawn D played Wootton Bassett B in a fiercely-contested match which saw some of Lawn’s younger players facing their mums in the Bassett side.

Wing attack Ellie Holloway, playing up for the team, earned her second player of the match accolade of the day but Wootton Bassett ended the match with a convincing 52-24.