Winning run is over for Supermarine Ladies 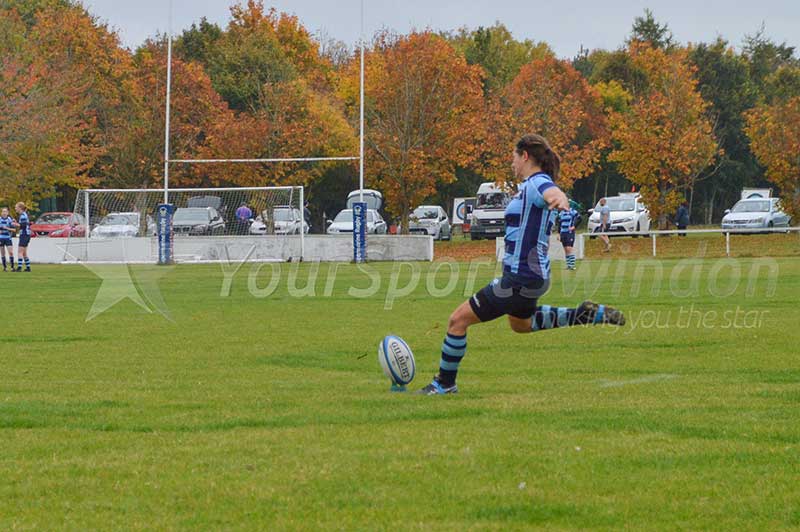 In what was a tough and physical game, Supermarine began the match slowly, which allowed Teddington to score an early try.

Supermarine dominated the scrum in the early stages but were undisciplined at the breakdown, leading to a turnover and another Teddington try.

Trailing 12-0 after just 15 minutes, Supermarine were left chasing the game.

Donna Martin-Mulholland gave Supermarine the platform for a fightback straight from the restart, driving forward until the visitors conceded a penalty shortly after.

With Teddington offside at the breakdown, Supermarine gained the advantage and made good ground, putting their opponents on the back foot.

A succession of penalties, scrums and pick-and-goes went unrewarded for Supermarine as the first half finished 12-0 to Teddington.

Supermarine started the second half well, making good ground thanks to their consistently strong scrums and drives.

Teddington won possession back from a line-out but the Supermarine defence refused to buckle and soon regained the ball.

After a yellow card to a Teddington player, Supermarine forced play towards the Teddington whitewash and as they kept possession well under the posts.

A quick change of direction from captain Claire Wilson led to full-back Jenny Benton crossing over the line with the try converted by Natalie Williams.

Trailing by just five points, Supermarine pushed for another try but Teddington held on for the victory.

Supermarine’s last league fixture of the season is on March 6th at home against London Welsh.