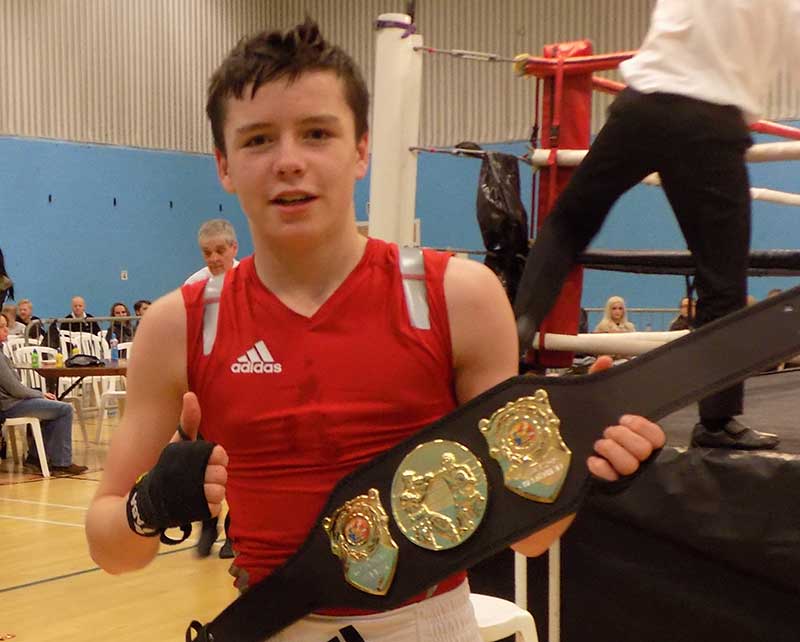 Having beaten Aqib Fiaz (Northside ABC) on a split decision in the quarter finals, McDonagh took on Daniel Stringer (Rotunda ABC) in the last four of the competition

Unfortunately for McDonagh he lost a split decision against Stringer who went on to win the title against Tom Collins by way of a unanimous decision.

Three other Cirencester boxers were in action last week and the trio all won.

Mickey McDonagh boxed the experienced Garan Croft from Cardigan ABC in what was an all action bout.

The Cirencester boxer kept the pressure on, not allowing the Welsh boxer to get his range, with McDonagh catching Croft with uppercuts and left hooks before winning on a split points decision.

Next up was Ciren’s Thomas Varey against Tom Morris from Cardigan ABC in another highly entertaining bout.

Varey dictated the pace from the bell, pressuring Morris with combinations while Morris tried to battle back gamely.

But ultimately Morris had no answer to the Cirencester’s boxing ability, with Varey winning on a unanimous points decision.

Last on for Cirencester was national champion Jordan Wall who took on Umar Rehman from Sweatbox.

Wall found it difficult to get his shots off in the first round as Rehman was continuously holding, something he received a public warning for in the third round, with the Cirencester man winning on a unanimous points decision.

“Tom produced the goods once again and is looking good.

“Jordan did very well against an awkward opponent and congratulations to Matty Rossiter and Danny Varey, who both had skill bouts on the show and both lads gave a good account of themselves.”

Cirencester travel to Wales at the weekend as top prospect Lewis Varey faces Irish opposition as a team from Ireland are coming to a show hosted by St Josephs ABC.

Jordan Wall travels to Kettering in Northhamptonshire where he boxes on Sunday.